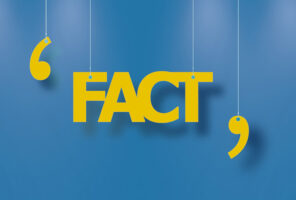 Understanding HRT can be something of a minefield, with facts often getting blurred by rumours and myths. As part of our Lunch and Learn series of webinars, Henpicked spoke to Dr Shahzadi Harper of menopause clinic The Harper Clinic. A specialist in women’s health, she’s passionate about making sure that women feel at their best at all times.

Henpicked: Let’s start with one of the most common things we hear from women about HRT. Don’t the risks outweigh the benefits?

Dr Shahzadi Harper: A lot of women are surprised at the benefits of HRT. Much of the fear comes from studies from 2000-2001, where women were told it increased their risk of breast cancer and heart disease. However, these were for older women, aged around 63. As we grow older our risk for everything increases.

Starting HRT at what we call the window of opportunity – within 10 years of your menopause or up until age of 60 – is really safe for most women. If you’re suffering from hot flushes, brain fog, night sweats, not sleeping, mental health issues, anxiety… then HRT can really help. Consider that one in four women think about giving up their job or changing to a lesser role. HRT can be very beneficial in managing vasomotor symptoms – hot flushes, night sweats and psychological symptoms. There are some lesser-known symptoms like bladder irritability, which it can also ease – and this can really be helpful in the workplace.

Essentially we need to look at the bigger picture. As we get older, our bone mineral density drops. One in two women will get a fragility fracture. Cardiovascular disease kills six times more women than breast cancer. HRT can help with both of these issues.

My advice is to see your practitioner and weigh up the risks versus benefits for you.

Henpicked: We also need to balance lifestyle with HRT, don’t we?

See also  LadyCare: does it work?

Henpicked: Something else we’re often asked is when can you start HRT and for how long?

Dr Shahzadi Harper: You don’t have to wait until your periods end. Perimenopause can start years before periods stop, which is when you can get symptoms. NICE guidelines say if you’re over 45 you don’t need a blood test to tell you that you can start HRT. And 5% of women tend to be under 45. You may be having regular periods but debilitating symptoms, impacting on lifestyle, relationships and work.

Henpicked: We often hear ‘You can only have HRT for five years.’ Is this fact or fiction?

Dr Shahzadi Harper: Total fiction. The guidelines have no cut off. Essentially you can take it until you die. As you get older you probably don’t need same dose as you started on. You’ll need to have this reviewed and adjusted, as it won’t be same at 50 as at 90.

Many women wait until they really can’t handle it any more before going on HRT, because they think there’s this time limit. This is why it’s important to demystify these myths. As long as you’re fit and healthy you can take it for as long as you need.

Henpicked: What if someone wants to come off HRT when they’ve gone through menopause. Would you recommend going cold turkey?

Dr Shahzadi Harper: No. I’d always recommend tapering it off. Your body won’t react as same as would if you came off it in perimenopause, where you may get strong rebound symptoms.

Henpicked: Can women start HRT if they’re over 60?

Dr Shahzadi Harper: Well, the NICE guidelines say it’s best to start it within ten years of your menopause or under age of 60. But these are guidelines. If someone is fit and healthy I would never say that you can’t. It’s very individual and you’d need an assessment. Studies on women over 65 given a low-dose HRT showed it helped with osteoporosis and bone density. So there are still benefits, but the dose will be different than if you start at 50. We need to individualise treatment, based around a woman’s lifestyle and risks.

Henpicked: Can HRT make you gain weight or bloat?

Dr Shahzadi Harper: This is always a strange myth. Often the reason women are gaining weight is because they’re in hormonal imbalance. Their body is trying to make oestrogen and the only source it has other than the ovaries is from fat cells. If you’re in hormonal balance you may well lose weight. Sometimes you may get a little bloating when you start taking HRT, but this is only usually for a few weeks.

Henpicked: Can women take HRT if they suffer from migraines?

Dr Shahzadi Harper: Many women find their migraines get worse in perimenopause, but HRT can help reduce them. Some of these myths arise as people think of HRT in the same terms as the combined oral contraceptive pill. But they are very different doses and different oestrogen, so it doesn’t have the same risks.

Henpicked: What about women who have had blood clots?

Dr Shahzadi Harper: If you’ve had a provoked DVT – through accident or trauma – you can still take HRT. If you’ve got a clotting disorder, then it’s something you need to weigh up. HRT delivered through the skin has a much lower risk of blood clots than that delivered orally. So here we’d usually recommend a gel, patch or spray.

Henpicked: Lots of women don’t want to take HRT as they think it’s made from pregnant horse urine. Is this true?

Dr Shahzadi Harper: Once upon a time it was. But nowadays some are made from yams, some may be made from synthetic oestrogen. Years ago choices were limited, and the premarine from horse’s urine did give a lot of benefits. But now we have many more choices.

There are over 70 preparations. If one doesn’t suit you, try a different one. Not all HRTs are equal, so don’t give up if you start with one that doesn’t work well.

Henpicked: Many women think they must wait until after Covid-19 to speak to a doctor. But is access actually better now?

Dr Shahzadi Harper: In many ways, yes. GPs are doing telephone consultations, I’ve been doing mine via Zoom. Menopause doesn’t go into lockdown just because we have. There are lots of clinics out there offering online support, and managing your menopause effectively during this time will help you deal better with everything that’s going on.

Henpicked: How does a consultation work?

Dr Shahzadi Harper: If you’re over 45 with clear symptoms you don’t need blood tests, unless you are on certain types of contraception. If you’re under 45 with obvious symptoms, blood tests also aren’t an absolute. Women may want one or choose to have one.

See also  Menopause and sex: what you need to know

Henpicked: Are there any natural alternatives to HRT?

Dr Shahzadi Harper: There are other things you can try, such as phyto-oestrogens, sage, black cohosh, red clover and magnesium. As ever, it’s about weighing up what’s right for you.

Henpicked: Is there any evidence HRT is less effective in women who’ve had a surgical menopause?

Henpicked: Can women take HRT if they are on medication for anxiety?

Dr Shahzadi Harper: Yes. It can really help with psychological symptoms, but it won’t solve all the world’s problems,. You might still need an antidepressant, but we can reduce the hormonal influence on your mood.

WATCH THE WEBINAR AGAIN – JUST PRESS ON THE IMAGE: 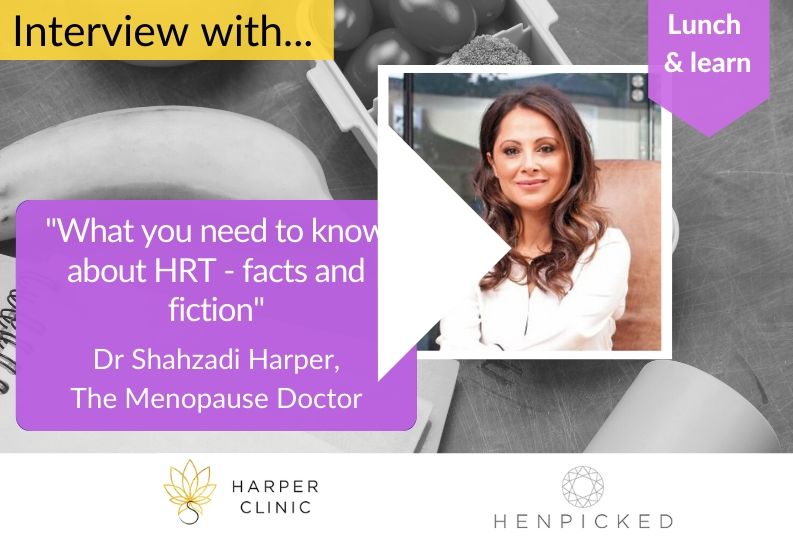