Home / Happiness / How to… turn life changes into opportunities

At the age 29 I found myself to be jobless and homeless, and the single parent of a three year old.  But not for long. 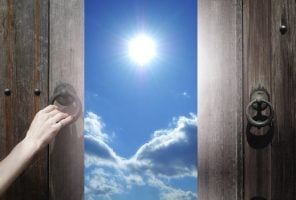 I’d left my husband.  I could write about why, but suffice to say both of us were complicit in causing our marriage to end.

I’m from central England and we lived in Wales. I knew if I were to cope as a single mum I needed to be near my family so leaving my husband meant leaving my job so I could move back home – but I had nowhere to live there.  So… jobless and homeless.

However, I made a second life-changing decision.  I decided that having no home, no job and so no money was the ideal opportunity to do something I’d wanted to do for a while – study.

So, I blagged my way onto a degree course in my home town – the then Nene College of HE and now the University of Northampton – and lived with family until I was able to get a small flat for us both.

Both decisions – the divorce and the study – proved to be pretty damn good!

I learned so much more than Business Administration, Economics and History (my degree subjects) as a student.  I discovered that I can write pretty well; that I am ambitious and tenacious; that I am passionate about equality and about people being treated fairly; that I love history; that I’m not a perfect parent but that, actually, that’s OK; and I met my fab partner of 23 years!

For me, my degree was about self validation – I had always believed, somewhere deep down, that I was capable of being so much more than I had been up to that point.

In fact, this is something that I still believe and am still chasing.  Working for and earning a 2:1 BA (Hons) – despite having very few qualifications when I left school – has been a catalyst for everything that followed.

Just as importantly, it showed my son that he can do anything that he wants. At the moment that means settling into married life but this may change. He is talented and knows that, at any time in the future, he can use those talents because that’s what he has seen and still sees me doing.

I guess that, in a fairly long-winded way, I’m saying that every problem is an opportunity if we can just take the time to find it.  And that opportunities that are pursued can very often be successes.  It is within us all to change our lives, to be what we want to be, to make of life whatever we want.

Here are my tips for getting the best from every opportunity:

Have faith – in yourself, and whatever else it is that you believe in. You’ll be amazed what you can achieve if you just believe that you can do it. I spent time visualising myself as a graduate – literally thinking about walking up to a stage and collecting my certificate in my cap and gown – and this was really effective.

I believed that I could do it, because I could see it. I could almost feel the certificate in my hand!

Be brave. It sounds hard, but we’re being brave every time we do something we haven’t done before – follow a new recipe, visit a different restaurant, meet somebody for the first time.

Each experience is a step into the unknown – what I’m describing are simply bigger steps. Easy!

Don’t look back. Or at least, don’t regret your decisions.  It won’t always go quite as planned – there were diversions and even backward steps on my journey  – but I believed that the general direction was the right one and that I would succeed.  It kept me sane – or something close to it!

Celebrate small steps. The first time I handed an assignment in was a huge moment for me – it was the first time I’d done anything like it since I was a 16-year-old schoolgirl!  Getting it back with a pretty good mark, given my circumstances – I was still sharing a small back-bedroom with my three year old at that point – was also something to be celebrated.

I still do it, actually. I’m writing a novel and I reward myself with a cheer, or a drink, or something else as I finish each chapter.

So just go for it!  Whatever it is, seize the moment and turn every decision into an opportunity.

How to step outside your comfort zone…