Home / Health / How to deal with alcohol dependency in the workplace

Recent reports have confirmed that around 1.3% of the UK population is alcohol dependent. 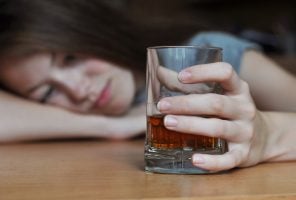 While drugs are also a prevalent problem, alcohol seems to be causing the most difficulties. Often cheaper and far more readily available, it has fast become the most problematic substance within the UK. According to official statistics, 1.2 million hospital admissions during 2017/18 were alcohol-related and in 2017 alone there were 5,843 alcohol-specific deaths.

It is easy to judge someone who is an alcoholic, but what many people don’t understand is that it is an illness which needs treatment and peer support to fully recover. Despite being completely dependent on alcohol, many addicts still get up and go to work, much like anyone else, often to hide the fact they are harbouring a taboo addiction.

A new report released by addiction help and support service Port of Call revealed that many alcoholics avoid asking for help, often due to the shame they feel about their addiction. This is something that is carrying into the workplace, with one in five people suggesting that their employer would terminate their contract if they were to admit to dealing with an addiction.

While employers hold the right to make their own rules and regulations around how they deal with employees who admit to an addiction, it is often in their best interests to show support. Of course, it can be hard to know how to handle a situation such as this from a managerial perspective and as a colleague. To help, we have put together five tips and different ideas you can adopt to encourage people who are struggling to seek help and feel accepted within the workplace.

1. The first step and possibly the most crucial is to ensure that all employees are aware of your policies around this matter. It is a good idea to have an HR policy in place that deals with alcoholism and other addictions. This will help to relieve any fears people might have about coming forward and asking for help.

2. There is often a lot of denial involved in the early stages of alcohol dependency, so instead of beating around the bush, make it clear that you know they have a problem. Instead of “I think you might be drinking too much” try “I have smelt alcohol on your breath for the past few days”. This makes it harder for them to give excuses, which can help them recognise that their problem might be bigger than they think.

3. Make sure that the person knows they can speak to people within the office in a safe and confidential setting. If they know the people around them are approachable and non-judgemental, they are more likely to speak up and ask for help.

4. Rather than jumping the gun and terminating their contract, give them the chance to seek help – offer to help them through this, they will appreciate the support.

5. Finally, whilst they are in treatment, whether it is as an inpatient or outpatient, let them know you care by checking in on them once in a while to see how they are getting on. Offering words of encouragement will help them through what might be the hardest thing they have ever had to face.

Alcohol can cause all kinds of challenges. Support in the workplace can often relieve the pressure on those seeking help for their dependency.