The past two centuries have seen massive changes in terms of technology, lifestyle and attitudes, notably with the centenary of votes for (some) women recently celebrated. 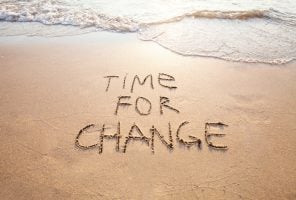 But surprisingly – perhaps shockingly – the legal framework for marriage has seen very little reform since the 19th century, in spite of the Law Commission having long pushed for a clearer, less restrictive set of rules to provide couples with more choices and certainty about how they marry.

So it’s great to see that the Government has recently backed proposals for change and a private members’ bill to update the law governing marriage has just passed its second reading in the House of Commons.

A new way to register

One of the changes The Civil Partnerships, Marriages and Deaths Bill proposed was how marriage is going to be registered. The current paper-based system of registers being held in churches and registry offices will be replaced by an electronic database at the local register office.

After their wedding day, couples will have to officially apply for their marriage certificate, which will be received some days later. The prescribed particulars to be registered on the marriage certificate will also, for the first time, include the bride and groom’s mother’s details along with the father’s.

The Civil Partnership Act 2004 introduced civil partnerships for same sex couples and paved the way for legalising same sex marriage in 2013. However, this led to a deficiency in the law for heterosexual couples who may be opposed to the traditional institution of marriage but nonetheless want their union to be legally recognised by entering into a civil partnership.

See also  Dealing with the devastation of abuse

Calls have long been made for civil partnership to be made available to opposite sex couples. In January 2016, a heterosexual couple lost their claim for judicial review of the ban on civil partnership for opposite sex couples. The couple lost their appeal to the Court of Appeal, but have been granted permission to appeal to the Supreme Court. In light of the ongoing legal action the government considered it was still too early to judge how the law should be changed and declined to comment further.

Pro marriage campaigners have voiced concerns about the creation of equal civil partnerships, taking the view it will severely undermine marriage and could be seen as a low commitment version of the institution of marriage.

It remains to be seen, once a full review of civil partnerships has taken place, whether the difference in treatment under the current system will be resolved.

What is clear, however, is that not everybody was happy with a framework which didn’t represent modern needs, so this review is an interesting reminder of our changing times.