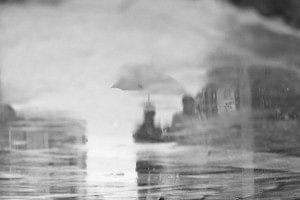 But this was to no avail – they had lost it. No surprise there, but plenty of disappointment. Once again, my past disappeared into a gaping black hole, sucking into itself anything that may be of help.

When it came to my adoption, fortune didn’t so much smile as positively beam on me. I was adopted by my mum – not my birth mother but the woman who has raised me and loved me. Mum was a ‘looker’ back then, a model, and told me about the day she came down from the Lake District to collect me from my foster mother. She was travelling by train to London and caught the eye of the conductor (yes, they had proper train conductors back then). On the return trip back later that day, the same conductor looked at mum with me proudly nestled in her arms and grinned.

And so my new mum whisked me off to her home in the Lake District for my next great adventure; to be part of a family. I now had a mum and dad, and a grandmother whom I adored, and a brother. It was as if these people were sent to love me, because I didn’t get the chance to be loved by my birth mother. She sounded very, very young – was she forced to give me up? Did she have no choice? Who was the older woman who marched her down the road with me in the holdall?

See also  Before and after pregnancy: top health tips

Mum never hid from me that I was adopted – she told me she chose me from all the others, and that made me feel very wanted, but then, she had never stinted on love. I’ve often tried to imagine this birth mother of mine; her looks, her personality, and wonder what she would say to me. I hope she’d be as proud as Mum is of the person I have become.

I’m now married and have a home of my own, and a cat who rules the household. But even in pursuing love, the path that chose me was different. Believe me when I say that none of that was easy.

I’m fated to do things the hard way, but the reward at the end of the struggle is worth it. My partner is worth it. But I guess that is the same for everyone, isn’t it? We value most that which we have had to work the hardest for. Only then have we learned its true worth.

In the deep of the night in that quiet, dark place in my mind where I am all alone, my wounds will not stay hidden. You know that place – it’s where our insecurities live, waiting to claw their way through our happiness, our confidence. That abandoned child whispers her questions, getting louder and louder until I can’t shut them out, leaving my soul writhing.

The damage goes deep – I hate people knowing that I was left to die by the one person I should have been able to trust to love me instinctively. Sometimes I feel like a child with her nose pressed against the window, watching the extended families of those around me, shoring up each other’s identities.

See also  Special gifts for loved ones with cancer

My adopted parents gave me so much, and yet, they too left to go to the States, leaving me here. I was in my early twenties, old enough not to be bothered. But there is always doubt at the back of my mind… Was there something about me that made my birth mother decide to reject me? Was there something wrong with me?

So many questions are left unanswered. Although I have found love, and peace of a sort, I would like to know who was this woman who carried me for nine months. And who was my father, did they love each other and, more practically, is there a ticking time-bomb in my body? But I will never know unless someone comes forward.

If you know anything at all that might help me, please contact me through this author who has given me a voice