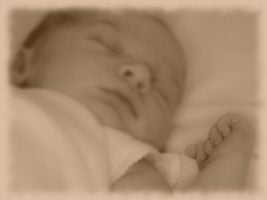 Told by G J Marshall on behalf of a friend

I’m Emma Jean and if it wasn’t for the four year old girl out for a walk with her dad I would have died. It’s that simple. It was March 28th 1971, I was a newborn babe carefully wrapped in newspaper and tucked inside a holdall. This was left – with me in it – in one of those old red telephone boxes in Hilldrop Road in Holloway, North London. Thankfully the little girl noticed me through the dirty glass panes of the phone box.

So, from the beginning it was clear my life was not going to be straightforward.

Barely the beginning of spring, it was freezing cold; like March of this year. Just as dangerous as the low temperatures was the fact that my umbilical cord had not been tied off and I was bleeding out. I hadn’t even had enough of a life for it to flash before my eyes.

When they found me I had a bunch of blonde hair clutched in my tiny fist. I was a fighter from the start and whoever left me didn’t get away easily. Near death, I was taken to Whittington Hospital. Despite the odds I lived; largely due to two nurses who spared both their time and compassion to care for me. I was named Emma Jean after these two ministering angels.

Of my birth mother, well…two women – one very young, and one much older – had been seen on Hilldrop Road on the same day I’d been found.

See also  The power of a good night's sleep...

Although the police conducted door-to-door interviews, no further information could be gleaned. I made the front pages of the Islington Gazette, and the paper appealed to these women to get in touch. But neither woman came forward to claim me. Their loss. Perhaps no-one knew any more, or perhaps the area influenced its citizens; Holloway was the home of new high rise council estates and, of course, the infamous women’s prison.

The nurses had given me the surname Esther-Williams, after the famous American swimmer, movie star and author. Esther’s history was one she carved out for herself – she was a woman representing physical endurance, intelligence and personal courage.

To my nurses, Emma and Jean, Esther-Williams was a fitting surname for me; I was determined, my spirit was strong and I was a survivor despite the odds. These women had nothing to give me but care, their love and a name I was already emulating.

Like Esther my hair is dark and straight and my face is oval. However my eyes are the green of deep forests, set above high cheek bones and I’m told my grin dares others to join in. My skin is not snowy white but neither is it exactly olive. To my surprise I once heard myself referred to as ‘that Spanish girl’, and as always, I wondered…

I became one of Islington’s ‘foundling’ children but, rather than go through the horror of being raised by ‘the system’, I was lucky enough to be fostered by Mary, a woman with a kind heart. A few years ago, when I finally tracked her down, I thought this was my opportunity to ask all the questions I’d had bubbling up inside.

I couldn’t sleep the night before, and my heart pumped faster as I approached her door and I had to wipe my palms on my jeans before ringing the bell. Suddenly I wondered if I should have worn makeup. My memories are still with me; those feelings, our conversation – though time has frayed the edges a little.