A review of Caroline Lucas’ Honourable Friends?
Parliament and the Fight for Change.

Last month our bookclub was reading “Honourable Friends?” by Caroline Lucas, the UK’s lone Green MP. In the book, Caroline Lucas shares what she has learnt from her first five years in Westminster, in the hope that her readers will be informed and inspired to join the fight for reform.

Rarely has a book been so well received by our book group. Everyone who started it finished it. For each of us it became a page turner. What new, jaw dropping revelation would there be next? It was all the more gripping because it is a true story, and one that is hugely relevant to everyone living in the UK.

The book brims with a sincere and urgent desire to communicate what Caroline Lucas has observed about our political system from her vantage point from within Westminster. Even as a seasoned politician (she was an MEP before becoming an MP) becoming part of the Westminster elite has been a real eye opener. This book attempts to inform the reader, and the clear assumption is that when the wider public understands to work for reform of our system, so that Westminster can better serve its electorate.

The writing style is very accessible. You can hear the voice of the author as though she was talking with you in the kitchen. You feel her bewilderment and frustration with a parliament she clearly doesn’t regard as fit for purpose. She takes you on the journey of discovery gently with a mixture of some big picture questions and some entertaining detail. These extracts are from the opening chapters.

So much about the way Parliament works is obscure or downright weird. (Do MPs really need a snuffbox at the entrance to the Commons Chamber in case they need a quick snort before going in?) This means that it’s not always easy to see what is stupid-but-irrelevant and what is comic-but-harmful.

I was soon convinced that the current voting system in Parliament is not just a piece of inert tradition, but actively malign; and probably kept that way deliberately. The process itself is absurd. When a vote is called – which can happen at any time, though there are set times of day when most are more likely to be held – a ‘division bell’ begins to clang throughout the Palace (and in various bars and restaurants in the surrounding streets) to warn MPs that they have eight minutes to reach the voting lobbies. Whether or not you are in the middle of a select committee session or meeting constituents, you have to drop everything and run for it. The MPs then crowd into the lobbies, and file through one of two doors – the ‘Ayes’ who support the motion and the ‘Noes’ who don’t – where they are counted and their names recorded. The whole pantomime takes around fifteen minutes for each vote, which means that MPs only have the chance to vote on a tiny proportion of the amendments put forward for each bill. It’s excruciatingly inefficient. 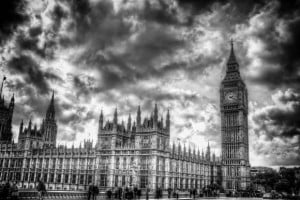 It only took a few days on the inside to understand how it was that MPs got themselves into such a mess over their expenses. There is a sense of entitlement that pervades this place like a colourless and odourless gas, creeping along the corridors and under every door. Some MPs still don’t see that the rules that they create for other people have to apply to themselves. For example, if you are given perks in other jobs, you are supposed to pay tax on them as if they were any other for of income. But though MPs voted through the powers for HM Revenue and Customs to enforce those rules, there were those who didn’t think they should apply within the boundaries of Westminster.

In other chapters, Caroline Lucas tackles some of the big issues of our time, including economics, the environment and the NHS, but she does it in an accessible way.

GDP is a poor measure of economic activity, let alone of whether that activity is good for us or not. Like so many indicators, it measures only those things that can be measured, not those things that matter. As an example, if an adult stays at home to look after an ageing parent, this does not register on measures of GDP. But if that same adult goes out to work, and pays for someone else to look after their parent, then there are two extra wages that can be measured, and it looks as if the economy is that much better off. In fact, nothing has changed except that more activity is now counting towards GDP. But this tells us nothing about whether, as a nation, we are better off as a result.

In the same way, if you have a beautiful landscape and you build a major new bypass through it, you have a ‘gain’ from the building of the road, and a ‘loss’ from the destruction of the landscape. But only the gain from road-building counts towards GDP. So the temptation for decision-makers – who are judged on their economic competence by levels of ‘growth’ – is to favour the options that will increase GDP, even if the country ends up worse off as a result. 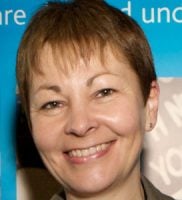 In one sense this book is an easy read. In another, it is a disturbing read, because it leaves you in no doubt that vested interests retain a tight grip on power and wealth and that parliament is ill-equipped and too often unwilling to deal effectively with the challenge to fair and open debate and equitable decision making.

The only criticism made of the book by our reading group was that there is no clear call to action. It would unrealistic to expect one, when so many different issues are covered in the book, and action is needed in so many areas. Inaction is perhaps the only inappropriate response to the book. This book should be debated long and hard. If the facts are indeed as Caroline Lucas portrays them, then it is time once again for deeds not words.