Home / Time off / Nostalgia / Halloween: do you know its fascinating history?

Minding my own business on the Tube the other day, I overheard one of my fellow passengers talking loudly and vociferously about Halloween. 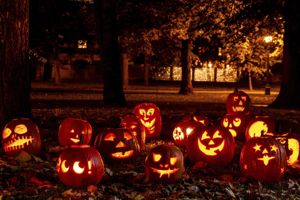 “It’s a new-fangled, commercial and made-up holiday created by the Americans”, he moaned. “And now they’ve blooming well shipped it over here!”

I had to bite my tongue. Nothing could be further from the truth.

Halloween is one of the oldest celebrated occasions on the British Isles’ calendar. It dates back over two thousand years to a pagan Celtic festival called Samhain – pronounced sah-win – which literally means ‘summer’s end’ in Gaelic.

Samhain marked the end of the Celtic year and was not only a celebration of the end of the harvest season, but was also seen as a time to prepare for the coming winter.

It was believed that on 31st October, the wall between the corporeal and the spirit worlds would be at its very thinnest, so the souls of the dead could pass through easily and return to wreak havoc on the living.

It was thought that the dead returned to Earth for that one day to damage crops, steal livestock and generally play a variety of outrageous tricks on the mortal world.

From sunset on 31st October until sunset on 1st November, the normal order of things was disregarded.

People would dress in outlandish costumes, play mischievous pranks on each other and feast in celebration of the dead. It was thought that, during Samhain, the Druid priests had magical powers with which to predict the future.

Bobbing for apples, however, one of the oldest traditions associated with Hallowe’en, probably does not originate from Britain at all. In the first century AD, the Romans conquered the territories of Celtic Britain and there followed 400 years of Roman rule and influence.

Consequently, the Romans were the first outsiders to have any effect on the Samhain festival.

See also  Does sat nav spell the death of maps?

They brought with them their own celebrations; Feralia, a day in late October during which the Romans would honour the dead, and a holiday to venerate Pomona, the Roman goddess of fruit and trees which was held on 1st November. 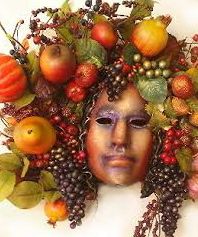 Pomona, the Roman goddess of fruit and trees

The apple and the apple tree were symbolic of the goddess Pomona so it is likely that the Hallowe’en traditions of eating toffee apples and bobbing for apples etc have their roots in these Roman celebrations.

In the centuries which came after the Roman occupation, Christianity spread throughout Britain. This, in turn, influenced the traditions of Hallowe’en and, perhaps most notably, gave the festival its name.

All Saints’ Day, a church sanctioned holiday which honoured the saints and martyrs, had, in the early centuries of the Christian faith, been held in May. However, in 835 AD Pope Gregory moved it to 1st November, probably in an effort to stamp out the Pagan festival of Samhain by replacing it with this holy celebration.

While the newer Christian practices were observed during this period, people still clung to the older, Pagan customs of Samhain, too. This melding together, therefore, of the Celtic, Roman and Christian rites formed the Hallowe’en traditions in which we still participate today.

Trick or treating is a very popular Halloween tradition which people tend to associate with the other side of the Atlantic. You would be forgiven for thinking that the practice of trick or treating originated in the USA and then spread to the UK. It is far more likely, however, to be the other way around. 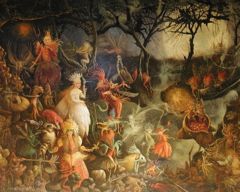 The Pagan Celts believed that, at Samhain, fairies would roam the mortal world disguised as beggars. They would beg at houses, asking for food.

The folk who showed them generosity and kindness would be rewarded but anyone mean enough to turn the disguised fairies away empty handed would be punished and cruel tricks played on the household.

See also  The best Christmas adverts of the past

It’s not a tremendous leap from this belief to the practice of turning up at your neighbour’s door in some sort of costume in the hope of a treat.

The tradition of trick or treating may also have its origins in the late medieval practice of ‘souling’. The poor and needy of the area would go from house to house on Hallowmas, the day after Hallowe’en, and receive food or money in return for their praying for the dead or for performing a song and dance. 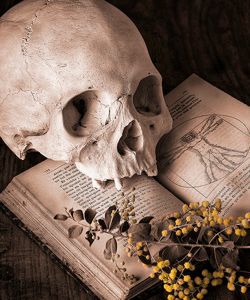 Shakespeare mentions this tradition in his 1593 play Two Gentlemen of Verona, when one of the characters accuses his master of “...pulling [ie whining or moaning] like a beggar at Hallowmas”.

When settlers from England and Ireland started to cross the pond to the USA during the 1800s, they took many of their Hallowe’en traditions with them, including this practice of visiting neighbours in the hope of receiving some food or a gift.

Over the years this custom has been altered and adapted and now is simply a bit of dress-up fun for children. If you have a front door, it is difficult to avoid the trick or treating at Hallowe’en these days.

Why do we carve pumpkins?

Similarly, the practice of making Jack O’Lanterns – hollowing out a pumpkin and placing a candle inside – is often thought of as a wholly USA tradition. As with trick or treating, however, it was a centuries-old British custom which crossed the Atlantic to be adapted and embraced by the Americans.

In 17th century Britain the term ‘Jack O’Lantern’ was used as a nickname for the natural phenomenon called ignis fatuus or ‘fool’s fire’, the mysterious flickering lights sometimes seen over marshes and wetlands by night.

These lights, also known as will o’the wisp, are created when gases from decomposing plant matter ignite during oxidisation. For centuries, before science afforded a reasonable explanation, people told stories to account for these mysterious lights.

Such tales usually involved mischievous sprites and spirits who lured travellers away from the safety of the path into the dangerous quagmire of the marshland. In Ireland, dating as far back as the 1500s, such stories frequently revolved around a man named Stingy Jack.

The story goes that Stingy Jack played several tricks on the devil. In one ‘sting’ he convinced the devil to climb up a tree to pick some fruit and then carved a cross in the tree’s trunk so that the devil was not able to climb back down again. 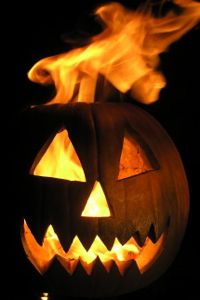 Jack freed the devil but only after making him promise that he would not claim Jack’s soul when he died. When Stingy Jack did eventually pop his clogs, he was refused entry to heaven having been too mean and nasty to be allowed admission and the devil, true to his word, also rejected his soul at the gates of hell.

Instead, the devil gave Stingy Jack a single burning coal to light his way in the darkness and sent him off into the black night. Jack put the coal into a carved-out turnip and, supposedly, has been roaming the earth with it ever since.

So, in Ireland, the ghost lights seen around the swamps were said to be Stingy Jack’s restless soul wandering the countryside. Both he and the lights were dubbed Jack O’Lantern.

On All Hallows’ Eve it became a tradition in Ireland to hollow out turnips, gourds and potatoes, place a candle inside, and then carry or display them to ward off evil spirits and keep the restless soul of Stingy Jack at bay.

When, in the 1800s, a large number of Irish immigrant workers moved to find a new life in America, an old tradition met a new crop. The Irish incomers soon found that the pumpkins available in their new country were bigger and much easier to carve, so they started to use them for their traditional Jack O’Lanterns. Placing a carved pumpkin in the window or on the porch at Hallowe’en is now a popular tradition both here and in the States. And poor old Stingy Jack remains in limbo!

However you are celebrating this Halloween, do enjoy yourself. But remember, you have two millennia of tradition to thank for setting the party mood!