Home / Happiness / Relationships / Partnerships / Divorce / Giving up career for family: at what cost?

Often it is only when divorce hits, that we understand the full cost of giving up career for family. 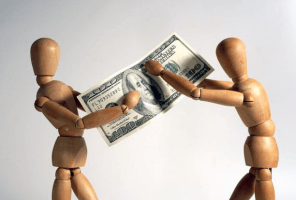 For many women, the decision to prioritise their role as a wife and mother is made at the cost of their blossoming career. In a happy marriage, the fulfilment of caring for the family is often a more than ample compensation for giving up your career.

However, on the breakdown of a marriage, women can often feel isolated, suffer from a lack of self-esteem and self-worth and find it difficult or impossible to re-enter the employment market at anything other than the lowest rung of the ladder.

In some relationships there may be obvious financial incentives for the wife to prioritise caring for the children and looking after the home. This decision may however not be such an easy one to make if your incomes or careers are similar. Even where this is the case, more often than not it will be the wife who sacrifices her career for the benefit of the family/marriage.

If your marriage subsequently breaks down, it is possible that many years could have passed since you were in employment and opportunities and open doors are few and far between. It is at this time that women may start to feel aggrieved that the decision they made (invariably jointly with their husband) has caused them to become financially vulnerable later in life.

This is a conundrum that we as family lawyers and the judges in the family courts have to face on a daily basis: how best to satisfy the wife and the husband’s competing claims for financial security. How do we balance an ex-wife’s claims against an ex-husband’s need for financial independence and the possibility of a clean break?

It is well established and good law that a family judge will treat equally financial and non-financial contributions during a marriage. In some instances the court has gone beyond this and in one notable case (MacFarlane v MacFarlane) the wife who had given up a very lucrative career as a solicitor (earning more than her husband) to become the mother and homemaker was compensated when the marriage fell apart. At the time the husband was an accountant in a large London practice earning a six figure sum. 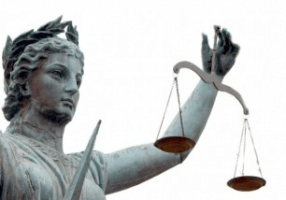 Often arguments for compensation for loss of earnings are rolled up into the overall financial settlement on divorce, with the wife requiring a greater share of the matrimonial assets and a larger sum of maintenance for a longer period of time. She would also be entitled to a share of the husband’s pension. However, judges accept that they don’t have a crystal ball to predict the future, so maintenance rights are not set in stone and can be varied. So if the wife is able to re-establish herself in a career in the future then the husband will have the right to bring the matter back before the court for further adjudication.

Ultimately the family court has complete discretion when apportioning assets and income and in some cases need will override the concept that the assets of a marriage should be shared equally. This is why family law is often considered more of an art than a science as no two family circumstances are the same.

We have many years of experience helping families negotiate their way through the financial fallout from divorce. If you need advice, we would be delighted to help.

READ  The royal baby: what are the grandparents' rights?