Home / Time off / Culture / Germaine Greer on ‘The Disappearing Woman’

I imagine any time spent in the company of Germaine Greer is unpredictable and occasionally frustrating, and this evening at the Birmingham Literature Festival was no exception.

I was not of course alone with the great lady – the studio theatre in the library where she graced us with her bright presence was packed out. I was pleased to see that, although there were many like me who had grown up with The Female Eunuch, there was a very good number of young women and, perhaps better still, young men.

Germaine had been billed to talk about ‘The Disappearing Woman’ in terms of women getting thin, women being carers, and, ultimately, women shut away in care homes. Well she chose to ignore all that! Instead she focussed on just one woman…not a role model, not a feminist, not an obvious victim.

She chose to speak at length about Amanda Hutton, the child murderer who callously left her child to starve to death and concealed the body for two terrible years, the woman who has just been sentenced to 15 years in prison for her crime. So what were we to think of this? I for one haven’t stopped thinking about it since.

All Germaine Greer did was ask us to consider this woman’s story – what personal story could have led up to this denouement? She painted the possible other side to what we have read in the papers and seen on the news.

Could it be that this woman, who has had eight children all apparently by the same man (who has failed to marry her and has heaped every ounce of blame on her), has in fact been the victim of domestic abuse for some 25 years? Certainly this is what she told the police repeatedly and they seemingly believed her, as they gave her an injunction for him to stay away, but to no avail.

Well at the moment we don’t know, but how very disturbing to be asked to consider these issues and contemplate what really has been going on.

Feedback on this event was mixed, but the one thing that came through loud and clear was that Germaine Greer had been thought-provoking. Thank goodness she is still around and still brave enough to be calling for invisible women’s stories.

Here’s what the audience thought of the event: 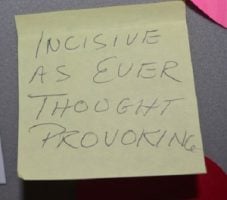 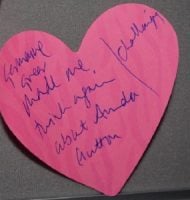 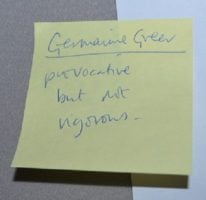 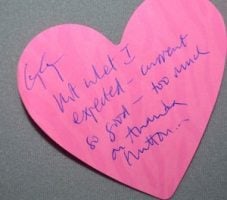 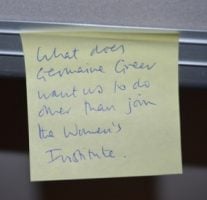 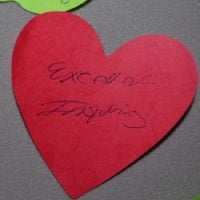 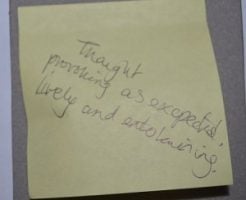 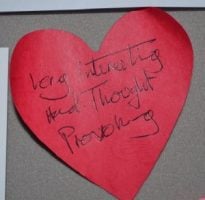 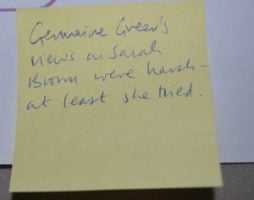