Is there any progress on delivering gender balance in the media? 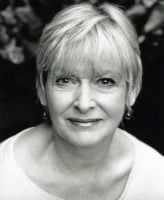 Below is a speech I gave recently at an event arranged by Policy-UK and chaired by Baroness King. It was looking at the role of women in television. On 1st December 2015 I went to a 50:50 Parliament event in the House of Commons to mark the 96th anniversary of the first woman MP taking up her seat in Parliament, and to ask questions about why nearly one hundred years later the ratio of female MPs to male is only 3 to 10! It really is time for change.

The media and its role came up in four of the speeches given by MPs to a crowded committee room of around 175, mostly female, participants. I hope my speech below gives some insights on this topic.

This speech was given on 30th September 2015 at the Royal Society of Chemistry. The event was organised by Policy-UK and had as its title Women in Television Onscreen, Offscreen, Supporting Leadership.

Good morning! I’m absolutely delighted to be here on behalf of the Equity Women’s Committee in order to contribute to this important discussion on gender equality on screen and off, and support for female leadership. I believe we have a chicken and egg situation here.

There is, in my view, a direct link between the images of women shown in the media, and the glass ceiling that exists in female leadership. It all boils down to portrayal. Portrayal is powerful.

One of the positive consequences of Call the Midwife was a huge increase in young women applying for midwifery courses. These women had been inspired seeing a vocation they hitherto knew little of. They saw women as positive achievers in life and death situations. Such is the power of television and in particular television drama.

Equity represents around 40,000 creatives, mainly performers. Our members are black, white, gay, lesbian, disabled and transgender and half of them are female. As performers, however much we know, we can rarely make decisions or do anything concrete to advance change in our area of work.

We are at the mercy of gatekeepers – the writers, commissioning editors, producers, directors, casting directors and agents. We are the last component of the creative chain, before we come to the most important element, the audience.

And yet it is that image of womanhood that we create, that is most potent and crucial to the womanhood we represent.

But where Equity members can influence, is by making the industry aware, flagging up research, talking with broadcasters about it and publicising the views of well known actresses – Julie Walters, Juliet Stephenson, Helen Mirren, Emma Thompson, Harriet Walter, Diana Rigg, who have all decried the lack of strong roles for them and their contemporaries. This is on the back of our 2008 Survey funded by the European Commission, showing that the biggest barrier to female success, especially in film and TV, is age combined with gender.

So why did this important campaign start? Because the Women’s committee could plainly see actresses’ careers petering out in their forties, good solid CV’s fading away as opportunities grew less, whereas their male counterparts continued to work and gain that fashionable attribute, “gravitas”!

And this lack of opportunity cuts across all the specialisms that Equity represents – dancing, singing, comedy, cabaret, presenting – but most significantly in acting, where casting, at best, is two or three male to every female role. It’s worse in film.

Conversely, look at the quantity of men of all ages in Throne of Kings, look at the large slice of the drama budget that went into the BBC Shakespeare’s Henry season, the heavily male bias in chat shows and satirical news series. If you wish to change the culture in leadership off-screen, then show women of all ages capable of leading, rather than merely being young, and decorative, on-screen.

I said that at this year’s Women’s TUC conference, and my, did those women, who were of all diversities, class, background, cheer!

Tell their stories, use images of real women, show women as strong, wise, mature and wonderful, not just as pretty and sexy, or as witches, bitches and whores!

Hollywood actress Meryl Streep has long called for more casting of older women and for equal pay. She attributes the strong roles she’s landed in the last decade to the rise of female executives in Hollywood such as Amy Pascal and Sherry Lansing.

With male executives, she says, they don’t employ older women ‘because they don’t want to see their first wife in a movie’.

Viola Davis caused a stir at this year’s 67th Emmy Awards, where she became the first black woman to win Outstanding Actress in a Drama Series, by declaring that you cannot pick up an Emmy for roles that simply aren’t there.

Emma Thompson has called for more gender blind casting and George Clooney has gone on record calling for more male roles to be written for women.

A year or so ago Baroness King opened an event at BAFTA entitled DIVERSIFY, saying she had recently sat down for an evening’s TV and was mortified to realise it had been 30 minutes before she saw a female contribution!

We have to stop censoring female images, and if we want to change the culture then men and women who make the big decisions must ensure women are in the picture!

The Equity Women’s committee are also acutely aware of the problems our members who are parents have and are calling on the industry to be more female/child friendly. This is another barrier for women both on-screen and off.

The Serving All Ages Report, commissioned by the BBC, on the back of Miriam O’Reilly’s successful Tribunal result on BBC ageism, highlighted the public’s desire to see positive portrayals of sensible, solid youngsters, the positive portrayal of ethnic minorities and also of older women.

I was pleased to contribute on behalf of Equity not only to that report but also to Harriet Harman’s Commission on older women in the media and public life, which showed the kind of opposition there is to female leadership.

She challenged broadcasters to monitor who they cast on screen. She asked for figures on presenters and discovered that male and female newsreaders up to 50 years of age were more or less equally employed, but that 80% of newsreaders over 50 are men!

The debate about gender equality has been going on for half a century and here we still are today!

Equity has just issued an Inclusive Casting Policy Statement – recently updated and agreed by its Council in June. Equity coined the term ‘integrated casting’ in 1967, and despite some incremental progress, we are still talking about essentially the same challenges almost 50 years on.

Equity may not be able to effect change directly but we speak with the experiences of our members – too many of whom still encounter bias and prejudice in the casting process, and the invisibility that descends on women after the menopause.

We invite the industry to sign up to our policy statement which sets out our aspirations – more incidental portrayal – where more women from all backgrounds are on screen and in leading roles, and greater care and consideration is given to casting where the artist’s personal characteristics are relevant to the role, be it race, disability, ethnicity or age.

After half a century of debate we acknowledge there have been recent improvements in some TV drama. The writings of Sally Wainwright and Kay Mellor, and the work of the Red Production company have done much to highlight the power of female portrayal.

Although it is depressing to know that a successful series like Last Tango in Halifax took over three years to find a broadcaster willing to take it on. Ageing love????!!!!! Yuck!!!!!!!!!! Congratulations to Danny Cohen for being brave! Men have a vital role to play in all this.

So, in conclusion, the Women’s Committee call on television broadcasters for action. No more research to keep us sidelined and occupied. Women have so much to contribute to broadcasting.

Don’t let poor female images let us down. Remember, “You cannot be, what you cannot see!” And after all, seeing is believing.