How do we get better gender balance in Parliament? 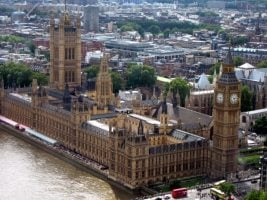 In December 2015, around two hundred 50:50 Parliament campaign supporters held a rally outside Parliament to remember Nancy Astor, the first woman to take her seat as an MP, 96 years ago. A lively debate then took place inside the House of Commons, with a cross-party panel discussing solutions to get more women into Parliament.

Balance is better for everyone

We’re here to commemorate Nancy Astor. She was the first woman to take her seat in Parliament on 1 Dec in 1919. That was nearly 100 years ago but there are still more men in the Commons than there have ever been women MPs. In the Lords, men outnumber women 3 to 1.

Over 48,000 people have signed the 50:50 Parliament Petition calling on David Cameron and all Party Leaders to debate and take action on gender equality. Scott said 50:50 is an inclusive campaign encouraging women’s political participation on a cross-party basis. Only 191 MPs are women, which equates to just 29%, less than 3 in 10. Men hold 459 seats. For parity, the UK needs 134 more women in the Commons and 200 more women in the Lords.

Scott called for “barriers to political participation to be broken down, recognising that women and men from BAME backgrounds or those who have a disability face multiple barriers to participation and representation.”

Before asking the panel for their ideas, she said: Parliament needs to be modern, aspirational and representative.

Here are some of the solutions discussed to get more women into Parliament.

Maria Miller MP for Basingstoke, Chair of the Women and Equalities Select Committee, praised Nancy Astor’s role in paving the way for women. Referring to the fact she was only the 38th female member of the Cabinet as “simply unacceptable”, she added:

This Parliament is there for anyone, regardless of your background, your gender, your religion, race, whether you’re LGBT…this place should be a place for you, it should be a voice for you, and if it’s not, then we need to address that.

The panel agreed that parties had to work together to make change. Jess Phillips, MP for Birmingham Yardley, suggested working out what measures work within each party and that all parties should try and adopt those together. Angela Crawley saw the arrival of new parties like the Women’s Equality Party as a positive step:

It can’t just be about the status quo… until we do something about it we’re not going to have the talent, the diversity and the ability to really transform people’s lives.

3. Men and women should collaborate on solutions

Another area of consensus was the need for men and women to be equally involved in efforts to improve female representation in politics. Ben Howlett, MP for Bath, said:

Men have to be advocates for this as much as women…we need to be making sure that we are able to champion the cause of women, and men are sometimes the best advocates to do that.

Wes Streeting, MP for Ilford North, remembered when Treasury Committee were scrutinising a public body about gender representation and only one woman was on the Committee, Helen Goodman MP.

I was questioning another public body about their gender representation, surrounded by men…. It just goes to show that even at the heart of public policy-making the absence of women’s voices has a detrimental impact on the quality of the decisions that are taken and whose interests they serve. 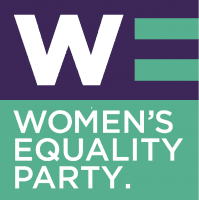 We need to show the electorate that gender equality is a priority. We talk about women’s issues being a separate issue. There are practical measures to take – we can do it in two elections. If women made up two thirds of candidates it would happen.

4. Parliament needs to be more female-friendly

Maria Miller and Ben Howlett said more could be done to make the processes and workings of the house more friendly to those that work there. They referred to Professor Sarah Childs’ research on creating a better working environment for MPs with children and with caring responsibilities. Wes Streeting mentioned making the parliamentary calendar more predictable, to avoid clashes between parliamentary business and the school holidays.

5. Encourage people from diverse backgrounds to stand as candidates 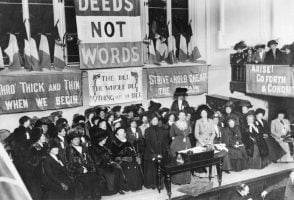 Sophie Walker spoke about the need to challenge the media’s representation of women in politics. She asserted that:

Better diversity means better decision-making. How we talk about politicians should change. The selection process is really murky and opaque and that needs to change.

Caroline Lucas, MP for Brighton Pavilion, talked about the messages that “are still extraordinarily given to women about the kinds of roles they might choose to pursue in later life”. Referring to the politics A-level syllabus, she said: I am horrified that the Government is suggesting the removal of feminism from the curriculum…the Suffragettes apparently were just a ‘pressure group’.

Wes Streeting said he was a passionate defender of all-women shortlists, stating:

I’m proud of the strides that Labour has made, particularly through all-women shortlists…it’s not just the job of women in this place or women out in the country to bring about change, it’s the responsibility of all of us, and if we get the representation right, which is why the campaign’s so important, everything else will follow.

One set of solutions is certainly around some of the technical things like all-women shortlists. I think they are essential. You can’t just wish change to happen, you have to take action to make change happen… I think free childcare is absolutely essential as well.

She mentioned job-sharing too. Although Speaker John Bercow has also suggested job-shares, not everyone on the panel agreed this was a good idea.

However, for Jess Phillips it is clear that

She said that the Labour Party has more women in Parliament than all of the other parties, by only selecting women in certain areas.

Callum McCaig, MP for Aberdeen South, said women probably have to be better than men to get into Parliament. He cited progress in Scotland, with three out of five party leaders being women.

7. Proportional representation – as shown in the European Parliament

Baroness Julie Smith of Newnham said her party (Liberal Democrats) prioritised gender balance in selection lists so “the top ten candidates have to be male and female; one woman, one man all the way through the lists.”

Baroness Smith suggested looking at countries with multi-member constituencies, such as Iceland or Malta, which have a better history of selecting women and getting women elected to the highest levels of government. This approach would mean “far better chances of selecting women and men, ethnic minorities, people who might be LGBT, the whole different fields of representation.”

Angela Crawley noted that the Labour Party has been ‘bold and brilliant’ about women-only shortlists, and the SNP has worked to address the balance by taking similar measures to ones the Labour Party took in the 90s. She said the Conservative Party has more women now than they have ever had but all parties need to do more. Callum McCaig urged the audience to get involved by running for Parliament and by encouraging parties to change.

50:50 wants to inspire interest in politics and political engagement. 50:50 wants to support women seeking election as MPs, whichever party appeals to them, and that is why we are setting up the 50:50 Parliament Ambassador Programme. If you are interested in learning more about it please email Frances@5050Parliament.co.uk