Home / Happiness / Family / A move across the pond: Finding friendship at 40 plus

One woman’s take on her family’s decision to move to Canada. 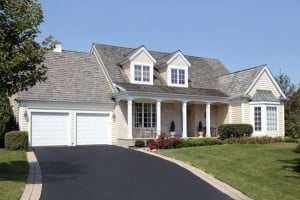 Making friends is never easy, and at 40 plus it was even more of a challenge

I had a great group of girlfriends in the UK that I left behind – really there are only so many goodbye parties one can cope with in a single lifetime – but thanks to those amazingly generous and selfless women who sent me on my way with their love and support, I landed in Calgary, Canada feeling confident I could find a new group of friends.

When we first landed we chose to live in a new community in the ‘burbs’ of Calgary. It was a lake community, meaning the houses were built around a central lake with a beach (always a novelty in land-locked Alberta!), tennis courts, park, picnic areas, ice-skating rink and community centre that ran various classes. We thought it would be a great place to meet people and get established in the community.

What we didn’t appreciate was that we were going to be viewed as outsiders, and that the lovely attached garages that the homes enjoyed meant that people came home, drove straight in to their garages and never spoke to their neighbors! We also didn’t realize that Calgarians tend to get out of dodge during the summer months, take the trailer and head to the nearest British Columbia lake or the family cabin.

The first summer in Canada (we arrived in July) was hard and lonely. The supposed girlfriend I had already living in Calgary would tell me about her fun nights out with the girls but never invited me to join in – why do we women do this to each other? And our daughter struggled to find friends and playmates – looking backing it was a dreadful time. I lost a lot of weight and hit under 100lbs (wish I could do that now) – I just wanted to go home!

READ  Notes From the Auvergne: why do French men read cartoons?

My saving grace was meeting a mum and her daughters playing tennis. Nic is originally from Australia, her then husband was from Zimbabwe – and if I thought things were tough for us then being a black face in Calgary 10 years ago was even tougher. She knew what it was like to be away from home and looking for friends. Thankfully, despite the desperation, we really clicked and we are still friends today, even if she is now living in Europe. Finding her and her girls saved us all – so if you are reading this Nic, thank you! We were also lucky to have a young couple from the UK living opposite us and they introduced us to a couple from Luton. Ten years later Helen and Mark are still good friends and Helen cuts my hair, which means she is a REALLY good friend, and Mark fitted our kitchen!

Desperation can make you, well, desperate, so there were people who came into our lives then who we called ‘friends’, but really we had nothing in common with and were never ever going to be friends – it’s just we found ourselves in the same lifeboat and clung to one another, just hoping. I am sure they felt the same!

Things changed when we made the move out of the city to a small community called Redwood Meadows. There I started to meet the craziest group of women ever, and women I still consider a privilege to call my friends. To Megan, Lynn, Sandra, Bonnie, Amber, Jackie, Mary, Marilyn, Leona, Alinda, Kim: thank you! Having you all in my life is a true blessing. Just hope you feel the same!

READ  What is the cost of marriage breakdown?

So what have I learned? Friendship takes effort. It takes time. Friendship takes hard work, and in order to find friends you have to throw yourself out there and hope that someone takes the hook. As women I think we should try harder to help each other and to invite strangers into our circle – you never know when you will find yourself on the outside looking in! Another reason why I am not changing countries any time soon…