Dementia is the leading cause of death amongst women in the UK. Women over the age of 60 are twice as likely to develop Alzheimer’s as they are breast cancer. 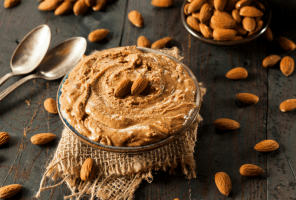 In fact, after the age of 65 the risk of developing Alzheimer’s doubles approximately every five years. Experts suspect other risk factors are related to the decrease in the consumption of antioxidant-rich foods. These generally scavenge cell-damaging free radicals which can lead to cognitive decline.

While the term ‘brain food’ may seem rather vague and unconvincing, there are in fact real benefits that your cognitive abilities may enjoy from including certain food sources in your diet.

While no single food source will see you turning into Einstein, evidence exists that the brain is reliant on certain nutrients to help it functioning at an optimal level. By adding an array of brain foods to your diet you will boost your brain power and nourish it to promote a longer and more productive life.

Shrimp is the most powerful source of an essential and hard-to-come-by nutrient known as choline. This neurotransmitter building block is essential for the structure and functioning of all cells, with a deficiency of it often being linked to decreased cognitive functioning as well as neurological disorders.

Not only does shrimp act as a brain food but it may also reduce your risk of contracting breast cancer.

There is a genetic basis to Alzheimer’s. If it runs in your family it is especially important to make certain lifestyle changes that will reduce your risk. One such a change is to add cinnamon to your diet.

The same elements of cinnamon that can moderate spikes in your blood sugar levels exhibit other properties that, according to various studies, can inhibit the onset of the disease.

Blueberries are without a doubt one of the most potent, antioxidant-rich superfoods in existence today. The large variety of health benefits they offer are mostly attributed to their powerful anthocyanins – which are antioxidants cleansing your body of free radicals.

In a study conducted amongst 16 010 women, those who ate a weekly serving of blueberries experienced significantly less of a mental decline during the course of the study than those who didn’t. The very same antioxidants that maintain your mental alertness also keeps your skin smooth and wrinkle-free and may even help combat cardiac disease.

By swapping peanut butter for almond butter you may increase your chances of fighting age-related memory loss. Almonds are high in vitamin E, which is known to reduce the risk of cognitive destruction. Some studies also indicate that the nutrients found in almonds can slow the impact Alzheimer’s has on the mind.

To optimise your brain power it is important to not only include potent brain foods in your diet but to lead an overall healthy lifestyle as well.

Refraining from bad habits such as consuming alcohol and smoking, together with your nutrient-rich diet, will go a long way in boosting your brain power for many years to come.