Can’t tell you how grumpy and a bit down I’ve been feeling this week. Nothing seems to make a shred of difference in shaking me out of this mood. I have no specific reason. 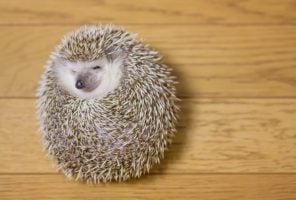 My stepson has been busying himself with homework, husband has been attentive, the dog’s a bit scratchy, but no problem. There is just nothing specific to be grumpy or down about, which, of course, makes me even more irritable.

I’m meditating, with varying success, every day. I’ve tried tapping (various acupressure points) on the grumpy feeling but it hasn’t been particularly efficacious. I’ve watched my favourite film – usually a sure fire winner – to no avail. I’ve been up to my hill to sit on the grass and look out at the inspiring panorama, which usually puts everything in perspective – but nothing doing. My favourite good-mood-music has failed to deliver said good mood.

That time of life…

So, I’ve reached the conclusion that it must be that time of life. I am now a ‘woman of a certain age’ and ‘hormonal’. I should come to expect my mood to fluctuate for no good reason, my memory to wane, and to grow a noticeable amount of facial hair. Sneezing, coughing and laughing means the potential is there to necessitate the eventual use of a Tena Lady. Nights of restless hot flushes and formication instead of fornication. Yes, I had to look that one up. Formication means to suffer itching, skin crawling or tingling sensations. Nice! At least I don’t have many wrinkles, but then, I suspect they might have been plumped out by the enormous number of spots I’ve acquired.

I recently apologised to my stepson after a burst of grumpiness, telling him that it was me, not him, and that I was probably just a bit menopausal. I started to explain but he told me that daddy had already told him all about it. REALLY! Now, that’s enough to make any woman’s temper flare. They’ve been colluding behind my back to explain away my mood. No wonder I feel hard done by. That, despite the flowers he bought me at the weekend, will certainly put my husband in the doghouse tonight.

Back to the point – what to do to improve my mood? Some online research into menopause is called for. HRT – I shudder at the thought of putting manmade chemicals into my body when I read that various studies say they have been found to cause heart disease, cancer and strokes. Black Cohosh – a natural herb that Wikipedia says has been associated with liver toxicity. I think my liver probably has enough to cope with. Next!

Soy – hmm, isn’t that all genetically modified these days? I think I’ll give it a miss. Dong Quai – I don’t know what it is but it sounds positively asinine. Chickpeas. Yes, I like them. Apparently they can help, oh, hang on a minute, they might actually cause problems according to this website, though I suspect unless my diet was entirely made up of hummus for breakfast, falafels for lunch, and chickpea curry for tea, I shall be alright. After all, variety is the spice of life, and menopause just has a few unwanted side effects in a woman’s body chemistry for which manly medical science doesn’t really have an answer.

What does all this signify? I deem it to be a female coming of age rite. Essentially, I shall look on this as The Onset of Wisdom. Many societies in the world view the changes to a woman at this time of life as her transition into wisdom, a liberating experience. A woman of a certain age can spread her wings and fly, indulge her passions, and give generously of her knowledge. Babies only come in the form of ones you can hand back after the fun bits have finished.

Yes, I like that – I am now wise. Wise – because getting this far in life obviously means I really do know best. I have earned my whiskers!

I shall make a mantra to chant and uplift me during senior moments:

Wisdom is mine,
It came with this waistline.
Now I am free,
From risk of pregnancy.

Okay, that needs a little work. Something a little more life affirming and liberating is needed, and perhaps some easy rhythm.

But, think on, husband of mine – I shall only be needing the summer duvet on the bed in winter from now on, and, despite my newly found sagacity, if I catch you explaining away my grumpy mood again, you will be in for it – if I remember – when you get home!