Home / Health / Eating (Diets or not) / Fasting: a fad, or fuelling change?

“Wow, you’re the only person I know still doing it!”

“It didn’t work for me. I got so hungry. How do you manage?”

“Why are you doing it? You don’t need to diet!” 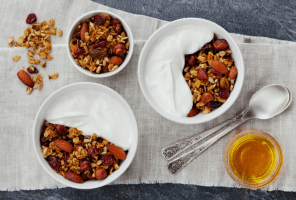 Just some of the comments I get when I mention I’m fasting. Not that I go on about it – it generally comes up if I’m out with someone and not eating or drinking much. ‘Cos it’s my fast-day.

It’s not as bad as it sounds. It doesn’t mean I don’t eat, which would be tricky as I’m a migrainey person and need to keep up my blood sugar levels. I just limit my calories to about 600 a day. The diets (online, books) say 500 for women and 600 for men. I decided not to be overly pernickety about this and maybe I’d make it part of my life – it seems to have worked.

Intermittent fasting, the fast diet, and the 5:2 diet are the same thing. After Michael Mosley’s Horizon report on BBC 2 – Eat, Fast, Live Longer – in August 2012, word spread like wildfire.

It suggested that significantly reducing your calories intermittently – doing it and then going back to normal eating – reduces weight and improves health and lifespan. And the method Michael found best for him was doing it two days a week. What made real sense to me was that this was like early man. Back then, we didn’t eat as much as we wanted every day. We feasted when we found food and then fasted when we didn’t. The programme also showed men over a hundred in Asia, who eat very little, and have the physique of men half their age.

See also  Five reasons why yoga could change your life

I’ve never been a great fan of diets, seeing them as a bit faddy and a faff. Yes, I’ve ‘cut down’ from time to time when I’ve noticed my silhouette expanding in the wrong places. But I’ve never gone for a particular diet like The Atkins diet, Weight Watchers or the Cabbage Soup diet. Perhaps because my mum instilled me with a deep scepticism of commercial diets and the dangers of a little bit of knowledge over common sense?

Mum was one of the pioneering dieticians of the ‘50s and went on to become chief dietician in a couple of hospitals. So with my strong gut feel (sorry!) that this was for me, I had to check it out with her.

Mum and I grow more and more alike, but she remains 2 stone lighter.

“Yes, Dad and I’ve been doing it for a week. He’s lost 3lbs already and my tummy’s much flatter.”

Well, you could have scraped me off the floor. Far from poo poo-ing this, she explained it wasn’t totally new. In the ‘50s she’d developed a similar method to help patients who’d been on long-term diets but weren’t losing any more weight. She carefully controlled their diet at just 800 calories a day for a week and essentially shocked their metabolism into working again – a bit like jump leads. They’d start losing weight and then continue doing so back on their original diet.

I decided to give it a go but not just to lose weight. My parents, now well into their eighties, were doing it for health reasons too, wanting to stay fit and active as long as possible. In fact, I suspect Mum’s been doing it – without the name – for years. A war years’ teenager, she has a food rationing mentality. Want a lettuce leaf, half a tomato, or a quarter of a lemon? There’ll be one ‘left over’ in the fridge. And portions are on the delicious scale rather than humungous. A great tip she once gave me was ‘Always leave your guests wishing there was just a little more’. So we’ve always eaten very well, and she’s remained an enviable petite size with excellent health.

See also  How to plan a vegetarian diet

I always make sure I eat sensibly – protein, fruit, veg, calcium etc. It’s called fasting, not starvation.For us fasters, the main point of difference seems to be whether we fast on consecutive days or not. Some people split the days to make it easier – I don’t know of any other benefits. I always fast on consecutive days as I don’t think that one day is enough.

Mum does the same – she thinks this gives the metabolism time to get going, whereas one day mightn’t be that noticeable. 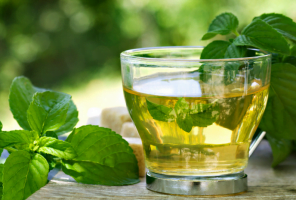 And here’s what the NHS says about the fasting diet.

I’m eating less and more healthily the rest of the time. I even look forward to starting my fast on Mondays after the excesses of the weekend. For me, experiencing a bit of hunger has been no bad thing. It’s natural and millions of people go through it every day. Why should it be instantly gratified?

Am I on a diet? No. That’s something temporary and about a weight goal – once reached, ended. Instead, I’ve changed the way I eat forever. I eat less and I eat differently. Fasting has trained me to eat much, much less two days a week and probably a bit less the other five, but not that I’d notice.

And it’s flexible. I do it on Mondays and Tuesdays because I like that clean-out feeling after the weekend. But if it’s not convenient, I change it.