As the world’s most popular drink, it’s highly likely that tea is one of your beverages of choice. 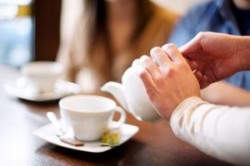 You’ve also, in all probability, heard of its many health benefits. But what exactly can a brew do for you?

We’ve been brewing and sipping tea for centuries – for well over 4,000 years.

It has become an intrinsic part of cultures around the world. We Brits are particularly noted for our tea drinking habits; whether it’s a cup of builder’s or a herbal infusion, there’s no problem or crisis that can’t be solved without the help of a cuppa.

Drinking tea features frequently among the ways to cure or manage a whole host of conditions. We’ve all read of the many incredible health benefits these little dried leaves harbour: improved alertness and bone health, cancer prevention and weight loss to name just a few.

If you’re not on it already, jump on the bandwagon and take your pick from these five tasty tea varieties. They’re sure to improve your health, happiness and productivity.

If you want to give your health a boost, one simple way comes in the form of a cup of green tea.

Its superpowers are too numerous to list but here are a few to inspire you into adding green tea to your next shopping list. It boosts metabolism, prevents diabetes and protects brain cells, aiding in the prevention of brain-related diseases such as Alzheimer’s and Parkinson’s. Convinced? 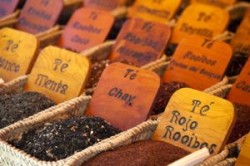 This is a great choice for the end of the day when you want to unwind. Containing zero caffeine, rooibos tea is a soothing beverage that will leave you without the jitters that will keep you tossing and turning all night.

It contains antioxidants that protect against heart disease and cancer; it contains several valuable minerals such as magnesium, calcium, iron and zinc (essential for a healthy metabolism). If this isn’t enough, it also contains a flavonoid called quercitin that’s helpful for curing stomach cramps and indigestion issues. Another winning choice!

3. Suffering during hayfever season? Give Nettle Tea a Shot

The nettle plant delivers a nasty sting but when its leaves are dried and made into tea, it’s a medicinal force to be reckoned with!

There isn’t enough space to list all the ailments it can be used to treat but it has been shown to bring relief to sufferers of asthma, eczema, hayfever and other allergies. It can even be helpful in curing that nasty cold you can’t seem to shake.

Not only that, your hair, nails, skin and overall mood will also thank you for drinking this health superstar!

4. Need to be on top of your game? Oolong Tea is the One 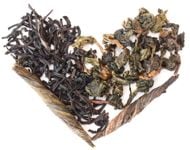 With its combined qualities of a strong, refreshing black tea and a clear, fragrant green tea, oolong tea is another variety that packs a powerful healthy punch. It is fantastic way to sharpen your thinking skills and improve mental alertness. It has also been shown to raise metabolism and thus aid weight loss.

Drink a couple of cups of this a day and see if it affects your waistline!

5. Not tempted by “fancy” teas? Stick to Black Tea

Fear not – your daily cup of cha is full of good stuff too! Black tea is bountiful in antioxidants, which can lower your risk of clogged arteries and prevent heart attacks.

See also  Six herbs and spices for boosting your metabolism

Drinking black tea regularly also lowers risks for Parkinson’s, high cholesterol, diabetes and kidney stones. Due to its caffeine content, it’s a great choice when you need to power through a long workday. And if you tend to look a bit bleary-eyed first thing in the morning, store teabags in the fridge and pop a couple on your eyes to reduce the puffiness!

Clearly, there is an abundance of health benefits to be gained from drinking tea. So what are you waiting for? Brew up now!

Which teas do you love and why?