A few months ago, prompted by her questions about certain news stories relating to American politics at the time, my 10 year old daughter and I had an in-depth discussion about women’s rights and how she should expect to be treated by the men – and women – around her. 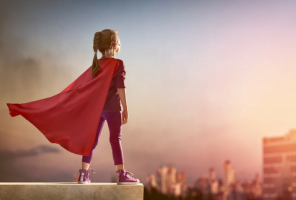 There was a certain level of confusion around the idea that although political figures could treat women with disrespect or disdain, women were still voting them into power.

“Don’t they want to be treated nicely, or equally?” she asked. The truth is that they probably do – but what is equality? The answer can mean different things for different women. And so, we embarked on our journey to understand feminism.

What is a feminist?

Considering that feminism is such a prominent subject in today’s society, it may seem strange that I, and many other women, cannot clearly say what it means, or even whether or not they are a feminist. The fact I have never really thought about it is, perhaps, indicative of the success of the movement so far. I have been privileged to grow up in a world where my family gave me the same advantages as my brothers, I went to a school where I wasn’t exposed to unwanted behaviour and I found a career in a start-up, where everyone began on an equal footing and worked upwards based on capability.

Yes, there have been times I’ve had to deal with the other side of things. My first job at 18 as a barmaid in a rural pub with a strongly alpha male clientele meant there were plenty of inappropriate comments. And going back to work in that previously mentioned start-up after maternity leave did entail a short but successful battle over flexible working.

See also  What is domestic violence?

But in each instance I felt fully able to stand up for myself and to argue for my rights. And I did – and do. To me, this is just normal everyday life. I expect to be treated equally and I would quite happily kick up if I feel I’m not. I didn’t really see this as being a feminist – just as being a normal person.

But – isn’t that the point? That is how we all should feel – like a person. And, while I, and many others, are ‘there’ – millions of women are not.

In the simplest of definitions, feminism is about equality – treating men and women the same. However, the fight for equal rights has changed over time based on women’s needs. 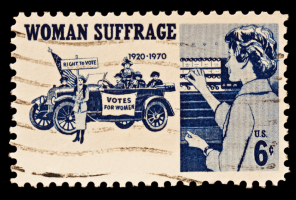 Many refer to feminism as beginning in the 20th Century with the right to vote and burning bras. These two events are actually quite separate – the Suffragette movement began in the late 1800s and fought for the right to vote, while the bra burning protests of the 1960s related to the fight to be seen as more than just a sex symbol. Even before this, women have fought for the right to be educated, to hold property in their own name and so on. Each of these is a tangible concept.

Feminism changes as society changes. The fight my daughter will face won’t be over the right to earn her own money, or to be allowed to have her own opinion. On the surface of society, she has equal legal rights with men. The fight she has ahead is more insidious, and harder to pinpoint.

And this is, perhaps, why feminism is so much harder now to define.

Can you accept the differences between men and women and still be a feminist?

In the course of considering what feminism means, I’ve come across a number of different responses. One of my friends – someone who is not afraid to speak her mind, who believes in equal pay and that both sexes should have equal opportunities and are equally intelligent – says she is not a feminist.

“How can I be a feminist,” she asks, “if I believe there are differences between men and women and that we are therefore not equal?”

Men are physically stronger generally. An employer requiring physical strength will employ the stronger person, and inevitably a man will get this role. Is that sexist – or have both been given equal opportunity?

Women can have babies, men cannot. Many women enjoy displays of affection and romance – flowers for Valentine’s Day, having doors held open for them and so on. Some women like to wear make-up, heels and dresses and feel pretty. Just as some men enjoy wearing tight jeans or smart clothes and feeling handsome.

Does this mean that we want equality, but on our terms? Or are we confusing the external issues – education, work, pay, choosing who we marry and who we sleep with – with the emotional ones?

Being a feminist doesn’t mean that we have to become androgynous – we can enjoy feeling feminine without feeling weaker or less able. It’s not about believing men and women are exactly the same – it’s about embracing differences without seeing one as less than the other.

My daughter and I have been born into a society where we have control over our lives. We choose where to live, how to dress, who to marry and what career to follow and, should that be questioned, we have the back up and ability to demand and expect our choices to be accepted. My daughter is being brought up knowing she is as capable, clever and talented as every other person.

I have chosen to marry someone who treats me with respect, who shares the housework, but is also ready to pay for the dinner when we go out. I don’t see that as him being patriarchal or me being inferior – it’s how we work. And – it’s my choice.

And that is what feminism means to me. It’s about having choices. So yes, I am a feminist. I want to be sure my daughter, and every other daughter in the world, has the same options as I did – and to be in a position where they were so used to having that choice they hadn’t even realised what it meant.

Today’s fight is to deliver that choice to women across the world.