My menopause abruptly began when I was 26 years old, and was something that I was looking forward to. 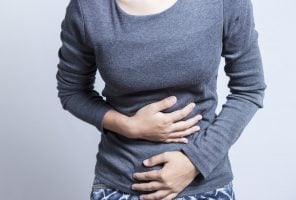 It was even planned and I had given it a lot of thought, so you would think I would have been prepared. I thought I was, but how wrong could I be?

When I was 20 years old I was diagnosed with endometriosis and had suffered four years of painful periods, painful sex, the constant feeling of having golf balls in my groin plus many more symptoms.

So over six years I had six operations and numerous hormone injections to try and keep the endometriosis at bay, but none worked for very long. My consultant and I discussed me having a total abdominal hysterectomy – removal of uterus, cervix and fallopian tubes – and after a lot of thinking I decided that it was my only chance of fully removing the endometriosis and living a pain-free life.

I was excited and anxious. I was looking forward to having the hysterectomy.

The menopause was mentioned in passing, not a major conversation or any leaflets given, but I understood that my body would go immediately into the menopause. Some of the hormone treatments I’d had before had put my body into a false menopause, so it really wouldn’t be any different to that… surely?  The menopause was just an afterthought, a word which to me meant ‘after hysterectomy’.

How little did I know…

So, six months after my 26th birthday I went into hospital, met my consultant and was taken to theatre. I was excited, this was the start of a new life for me. I was finally going to be pain free, I was going to be able to enjoy sex just like everyone else and finally I was going to be normal.

A year after having the hysterectomy I still felt like I had been run over by a double-decker bus.

I felt like my body had crashed – this is what I now know as ‘being in the menopause’. I wasn’t going through the change like other women ‘of a certain age’ go through – I WAS ALREADY IN IT!

I didn’t experience any perimenopause, there were no early warnings to prepare me gradually – there was nothing gradual about this. It was a living hell, physically and mentally, I had become an old woman with an old body but with a birth certificate and face of a 26 year old – I was very confused.

I went into a deep depression, something that I already had a lot of experience of. My GP at this time was good; she helped me to understand that my hormones had crashed along with physical changes to my body, and it was normal for someone of my age and mental health history to feel like this. I was already having counselling with a psychosexual therapist and my consultant was experimenting different dosages of HRT for me. Slowly my body started to react positively to the HRT, I didn’t care that it was chemical based or about any risks attached, I just wanted to feel better.

I hadn’t had any children out of choice, and I didn’t think I would feel any different now that I COULDN’T have any of my own naturally – wrong again. Suddenly there were pregnant women everywhere I went, there were leaflets everywhere for baby clubs and adverts for nappies and there was I crying and feeling sorry for myself that I couldn’t have any children – but I didn’t want any!

I still didn’t want to have children, so why was I upset by seeing these things? It didn’t make sense, and it still doesn’t today. I no longer feel upset, and pregnant women aren’t everywhere I look. However I still have the “What if things had been different?” conversation with myself from time to time.

The menopause has been and still is a lonely experience. No one I know feels like I do – even my older friends, because they aren’t my age and they haven’t been through what I have. No one told me that your skin changes, or that I would lose hair ‘down there’. I can read all about the menopause, but it still isn’t the same as having that chat with a close friend.

Many of my friends are still having children, and haven’t even thought about the menopause.

Overall and after all of these years, I am finally happy that I had the hysterectomy – there are many benefits of being in the menopause – no more periods is the best benefit of all. I don’t ever think “Can I wear white trousers to go out in?”, my moods are fairly stable and there is no better contraceptive!

Here’s information on The Daisy Network – a charity for women who go through early menopause.