In less than three weeks our daughter and only child will be home for the summer having completed her first year of university. To say we are counting the minutes until she’s back would not be an exaggeration – it has been a tough year of transition both for her and us. 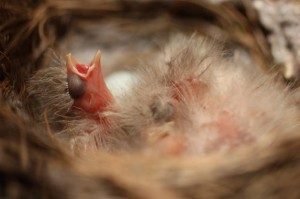 Empty nest syndrome is real and painful. Far tougher than we’d expected; I thought we’d prepared both her and us but we hadn’t.

So to those of you approaching this milestone with your young adult children – take it from me – get ready and be prepared way before September arrives – it’s hard and that’s an under-statement. It’s really, really hard even if you think you can’t wait for them to go.

There have been times during these past eight months when my heart truly hurt both for her and for us. Missing her has been a physical pain and although I have a busy and demanding career, I have felt at times as if I have lost my sense of direction and purpose. I loved being a Mom and her Dad loved being a Dad – we weren’t ready for her to go and yet this was the moment we had been building up to for the past eighteen years. And we were so proud of her and the wonderful young woman she had become.

To some extent my husband and I were expecting her leaving home to be tough for us. When you are a unit of three, loosing one makes a big difference to everything – from how many times you now have to walk the dogs, to the amount of washing you don’t have to do, to the portion sizes you cook and the way the house no longer gets untidy. It also meant we had to spend more time with each other for the first time in eighteen years and that was kind of scary. My sister-in-law, who had been through the experience ahead of me, warned me it was dreadful. She likened it to a death and talked about going in to her son’s bedroom just to get a sense of his smell. She lied. It was way worse than that! And now having spoken with other mums and dads it seems it doesn’t actually matter if you have one child or ten – their leaving home is like the first day of school all over again only 100 times worse!

READ  Christmas: A time to help those in need? 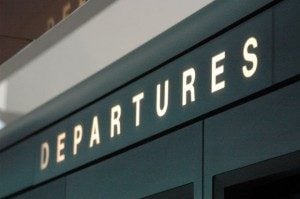 What we didn’t expect was for how tough our daughter was going to find the transition. A bright, confident, assertive young woman, we really thought she wouldn’t give us a backward glance. Maybe we should have anticipated more issues when she didn’t get in to her first choice school, but her second choice accepted her and her boyfriend was going there too, so we assumed all would be good. She chose schools away from home and ended up on Vancouver Island at the University of Victoria – which is a 15 hour drive through the mountains or a one hour flight away. We were proud of her desire for independence and she was ready to fly – or so we and she thought.

She was shocked by how much she missed home. The first semester was really tough. She missed us. She missed my cooking. She missed the dogs. She missed the big blue skies and snow of Alberta while we envied her the rain and proximity to the ocean. She struggled to connect with new friends and missed the tight knit friendships of her high school graduating class. She came home after seven weeks for Thanksgiving and I really wasn’t sure we’d be able to get her on the plane to go back, but she did – testament to her strength of character and resolve always to finish what she starts. It helped that we had agreed a plan – if things weren’t better by Christmas she could stay home, take the rest of the year off and re-apply for the Fall.

Christmas holidays came and she was still unhappy and terribly homesick. We made a new plan – she’d finish her first year and apply to transfer to a university closer to home. We also had a good heart-to-heart about the need to get out there and throw yourself at life, and not wait for it to come knocking on your door. She returned for the second semester, had a full course load and joined some exercise classes. She and her boyfriend made a pact to get out and about at the weekends – making the most of the free transit passes they enjoy as students. She applied for admission to the University of Calgary and talked about where she’d live when she was back home. She also slowly started talking about new friends, mentioning names of people she was doing things with at the weekends, calling me when she was walking on the beach mid-week while I was shovelling snow, telling us about feeding the seals in the harbour, and the parties she was going to. 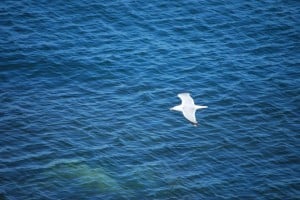 And then this week I got a call at work. ‘Mum, do you have time for a chat?’ she said. And my heart sank, but at the same time I was happy. She explained that the girls she’d made friends with were house hunting and had said how sad it was that she wouldn’t be able to share with them next year. And she’d started thinking that maybe staying wouldn’t be so bad as long as she could come home every few weeks for the weekend. And as a good parent I said of course, but secretly I knew – she was now ready to fly and this might be the last summer. And my heart hurts again, but it is a joyful hurt.