Having a gifted child is not always easy, as one mother explains 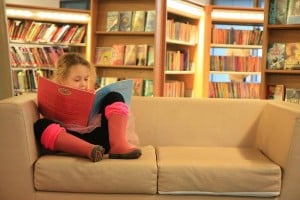 I am definitely NOT a pushy mother. I know that most hothouse parents say that but, believe me, I would have loved to have had a ‘normal’ child.

I knew that my daughter was a bit different when she was two and a half. I just wanted to be a Mummy and play, she just wanted to learn. Always asking questions: “What does that say?” “How do you know that’s what it says?” – and coming out with statements like: “I want to do writing. Show me how to do it.”

Her thirst for knowledge was exhausting. She soaked up everything like a sponge.

She devoured puzzle books and, having mastered reading by age three, she also devoured any books. Having friends of the same age round to play was a nightmare. She understood basic arithmetic and I would often hear her playing ‘shops’ and saying things like: “No. If you want three potatoes and they cost a penny each, then I want three pence.” I wasn’t proud – I was sad.

She was so ready for school by the age of four but, because of her date of birth, she would have had to wait until she was 5 yrs 8 months. I phoned a friend for advice and she said she could arrange for a colleague (educational psychologist) to assess my daughter and, upon her recommendation, the authorities would allow her to start school earlier. My daughter longed to go to school (a bit hurtful don’t you think!).

The Ed Psych who came was brilliant. I left them to it for about an hour. When she had a chat with me afterwards she said that there were normally two visits but that she had seen enough after the first visit. The results really shocked me.

See also  Is being busy overrated?

It was two weeks after my daughter’s fourth birthday. She had a reading age of nine and a mental comprehension age of seven years ten months. I’m sure some parents would have been delighted but I really wasn’t. Of course I wanted her to be bright, but I wanted her to be normal.

I had a frosty ‘oh heck another mother who thinks her child is a genius’ sort of reception from the local village primary school. My daughter lasted half a term there. She was so excited on her first day (she just rushed in without a kiss or a wave!), but soon she was coming home and asking why she couldn’t read the books in the ‘big children’s library’.

Her handwriting and drawing were very good when she arrived but within a fortnight I noticed that she was deliberately going backwards. She just wanted to be the same as the other children in her class.

Even though I was (and still am) a poor, self-employed musician/entertainer, I made an appointment to see a local (the cheapest) private primary school. After a day’s trial visit there, the teachers assessed my daughter’s mental and social abilities and found that she settled well, and loved, the class a year above her age. They said that she was a funny, sociable and confident person (that was a relief!) and the Headmistress offered her a scholarship immediately.

When it became time to think about secondary education, I sent off for the prospectus for three local state schools. By the time my daughter was 10, she had become scarily good at music. Her choice, not mine. She also loved dancing and acting. Her choice, not mine. In fact I often used to suggest that it might be a good idea if she gave something up! I don’t know what the opposite of a pushy parent is, but that’s what I longed to be.

So, after some research, I discovered that the state system didn’t really cater for the arts, and their ‘special needs’ provision is brilliant for that huge average area and also for those who are academically challenged. Not one word about the other area of ‘special need’ – i.e. like my kid.

In conclusion I have had to pay for my daughter’s education from 4 and a half years to 18. She has had a wonderful education – one that has catered for her needs – and one that has treated her as an individual. Me? Well I’m broke, obviously, but it has been worth every single penny.

How I managed to produce this intelligent monster is a mystery to me! And what of my daughter now? She’s still a funny, very sociable, loving and kind person. She’s still not normal – but in a fun way!