Home / Health / Eating (Diets or not) / Feed your hunger, not your appetite 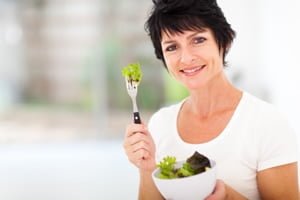 I read this somewhere, and remembered it. As I started putting on weight, I began to think that it was inevitable. After a while, I started to wonder if it had become a self-fulfilling prophecy.

Why should I put weight on? I didn’t want to put weight on. I didn’t want to give all my favourite clothes to the charity shop and get new ones two sizes bigger. I wanted to fit into my best shoes – because that was something I hadn’t thought of; your shoes get too small for you too. I have many many beautiful shoes, and the idea of losing those was what pushed me to wake up and do something.

At school I’d been a skinny girl, at university I’d been thin. When I started work I did less walking and a lot less dancing but I was still a size 10. In my head I was a size 10 for the next 30 years. But in the mirror it was a little different. And then there was the time when someone offered me her seat on the train.

Instead of the old expect to gain 10 kg in 10 years mantra, I adopted two different ones. The first was from a wise, funny, and very intelligent Indian yoga teacher, Zubin Zartoshtimanesh. He’s in his 40s, happy and fit. At a convention in 2012 as we all went off for a self-service lunch he told us,

“Feed your hunger not your appetite.”

The next came from Danny Baker’s Saturday morning radio show on Five Live. A woman phoned in and said she’d lost half her body weight – down from 20 stones to 10 stones – and Danny asked her how she managed it.

“Well Danny,” she said “I stopped shoving food in my gob.”

That’s the thing that no one likes to say out loud these days. If you’ve put on weight, eat less.

I teach yoga. I know that everybody has a different body shape and that some people are always going to be bigger in some areas than in others. Some are blessed with narrow hips and higher metabolism.

I can only speak for myself, but I was thin in the past, my skeleton is still the same shape and when I eat less I stop putting weight on.

It’s all a question of balance, isn’t it? I’m not starving myself and I’m in no huge hurry to get to my chosen weight. I’m not trying to be the 7 ½ stones I was in my 20s because these days that would make me look like skin and bone. But I’d like to be where I was when I was 35. I’ve given myself a year to get shot of 12 kilos. So far, I’ve managed to offload six of them. I track my weight every day – well, most days – and note the general trend downwards. I don’t panic if it goes up. And I never “treat myself” if it goes down.

I eat almost no sugar, I walk a lot, I do yoga around five times a week. And I’m getting the hang of feeling hungry between meals again. For humans, it’s normal to feel hungry between meals but I think we’ve forgotten that. When I was a kid, by the time 12 noon came around and we were served up our school dinners, our stomachs would all be rumbling. And by the time we got home for tea, same thing. That was it for the evening. Maybe we could have a biscuit or two to get us through homework.

When I feel hungry, I make myself a cup of tea instead of eating something. I don’t skip meals (unless I sleep through breakfast time which I sometimes do at the weekend) but I eat smaller ones. I don’t eat low-calorie versions of anything. (I’m with the scientists who believe that sweeteners fool the body into behaving as if it’s about to deal with a shed load of sugar.)

I’ll just finish with an observation I’ve made about yoga students who are trying to change their lives all at once. In the past, several people have joined my classes telling me,

“I’ve given up smoking. So I’m taking up yoga to help me.”

They all start smoking again within weeks. The ones who have really stopped for good tell me that they used to smoke but don’t do it anymore. The ones who say they’ve given up are still smokers and it’s only a matter of time.

Giving up is temporary.  It’s all about behaving differently, forever.

I think the same applies to people who say they’re giving up chocolate to lose weight. Or drinking, or cakes, or whatever it is they think is the problem.

Me, I’m not on a slimming diet; I’m not detoxing. I’m not doing something temporary. It will never be over. I’m not eating less until I’m thin enough to start eating whenever I’m hungry. I’ve gone back to the way it was – eating enough to keep me in my best clothes and lovely shoes. I’ll never be skinny, but I’m not fussed about that. But I do find that I’m happier with the shape I am now, and I get into yoga poses more easily.

So we’ll see how I get on with the next six kilos, because they’re being a bit stubborn. Perhaps I’ll get a bicycle.