A reader shares her experience 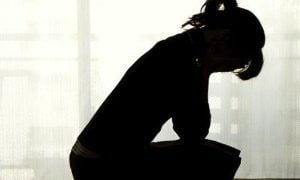 Domestic abuse almost sounds cosy doesn’t it? It ranks along with domestic goddess and domestic help. Something you do indoors of little consequence. Let me tell you it’s not. It’s not cosy and it’s very unpleasant.

Before I experienced it I thought that domestic abuse was something that happened someone else. To working class people; the stereotypical manual labourer giving ‘the wife’ a slap when he got back from the pub.

And it’s not all physical – there are times when a slap and the subsequent bruise would be a relief. I could show you a bruise, I could tell you who had done it and you could feel sorry for me. That would be a visible pain, an understandable deal breaker.

Let me try to explain the equally painful, debilitating, frightening emotional abuse that many of us suffer day after day. How about the text that says ‘do what is right for you’ only to find that the hidden meaning is ‘do what I want you to do – but you will have to guess what that is’.

And that the punishment for getting it wrong is the cancellation of the next day’s plans. Think of the promised holiday totally scuppered because ‘we are not getting on well enough’. How should I react to the ditching of a planned birthday present because ‘I don’t feel like getting that for you now’?

What would be the best reaction to ‘if you loved me enough you would…’ as I once again fail to carry out a request that I am totally unable to manage? Emotional violence revolves around the perpetrator’s ridiculous games, the totally wrong assumptions deliberately made to work from.

Emotional violence is insidious, it creeps up on you, almost unnoticed, until one day you literally wake up to realise that the damage, the pain, the confusion has to stop. Emotional violence creates fear of the day of sulking; the ferocious look, shot at you behind others’ backs.

Punishment is not just physical, it’s a withdrawal of the person who claims to love you, a withdrawal into a silence so profound it leaves you gasping with loneliness and confusion.

Never far from my mind is the dreadful question: what have I done wrong.? And the sad, and strongly held belief that if only I…(fill in here the latest “request”) all would be well. That somehow my naivety, my trust, my love has put me in this position and that I somehow deserve the treatment that I am getting.

A beating would be preferable – you can photograph a bruise, you can X-ray a broken rib, produce the evidence in court. As a society we are beginning to realise that physical abuse is unacceptable – but try capturing a broken heart.

Together we need to help women to understand that being bullied is never acceptable, whatever form it takes, and that ‘where the fault lies’ is not a discussion to be had when you are being threatened.

If you or someone you know is experiencing domestic abuse, you can get in touch with Women’s Aid for advice and support.

For counselling and support services for couples, families and young people in relationships, contact Relate.