Home / Work and money / Financial / Retirement / Do women ever retire? Appearances are everything 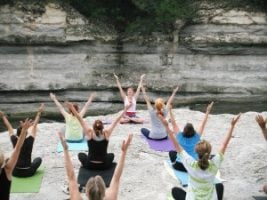 I have figured out why retirement was once required at the age of 65: we need the extra time for grooming and staying healthy. It gets harder as one ages. For instance, a friend started taking long walks to control her weight and blood pressure, and it worked, but now her knees are giving her trouble. In February my husband and I went for a nice walk one icy evening, and we both managed to fall. I bruised my leg and he landed on his elbow, and it swelled up like he had an egg under his skin. So now he has to find time for rest, ice, compression and elevation. Guess who brings the ice?

I could never manage a full-time job these days. I need weight-bearing exercise for my menopausal bones. I swim at least twice a week, and go to Yoga for balance in mind and body. And it takes time and effort to find things to wear.

My professional wardrobe was easy; I needed nice shirts, and suits in black and, dare I say, ‘fifty shades of gray’. I gave most of them away a while ago to a great organization that helps dress low-income women just entering the workplace.

But now I do not know what to wear. Living in the country near a college town makes it okay for both men and women to look like out-of-work lumberjacks. Tenured professors dress this way, as do writers, musicians, and many of the people shopping at Whole Foods, who strut though the parking lot as though they are going in to kill their meat. I need more than denim and flannel, but what, when I really could spend most days in sweat pants?

Suddenly the brands I once wore have too many ruffles, short skirts and plunging necklines. I have found that a uniform consisting of black jeans, well-cut T-shirts, and some great scarves works well, as do yoga clothes. Wearing some version of this can take me anywhere. In high boots, I could cross the street in mid-town Manhattan and stare down the taxi drivers.

So I thought all was settled in the matter of appearances, and then I found the gray whiskers on my chin. Yuck. My mother had these. She hated them and so do I. I meant to pluck them, but could not find the tweezers. By the time I found the tweezers, I’d misplaced my glasses. In a moment of frustration I soaped the area and used a razor. It was perfect, but as my whiskers grew back, I started compulsively running my fingertips over the stubble.
More than once I was tempted to shave again, but I resisted, fearing that they’d grow back thicker. My mother made this dire warning when I wanted to shave my legs for the first time. Also, though I try to avoid sexist serotypes, I was revolted by the idea of a woman shaving her face so I waited and had my chin waxed. While I was there the aesthetician suggested a pedicure. She didn’t exactly say that at a certain age toenails thicken and get very hard to trim; I have already discovered that. I made an appointment.

Then one of the hairdressers frowned at the rubber band that was holding my ponytail, “That will cause your ends to split,” he said. “You could also use some color,” he added. I made an appointment for the same week that I was scheduled for a teeth-cleaning. With some caring for the grandchildren and the yoga classes, my calendar for the week ahead was getting full.

Back in my car I pulled down the visor to look at my whiskerless chin and smiled. It occurred to me that I might have noticed the whiskers sooner if I had new glasses. Yes, I made appointment with the eye doctor and then realized that it’s time for my annual mammogram. It sounds a little overwhelming, I know, but here’s the good news: the next dreaded colonoscopy is two years away.