When my husband finally accepted that he had depression, I felt a profound sense of relief. After years of juggling his low mood and high irritability while maintaining a normal family home, to finally see an end in sight was an incredible high. 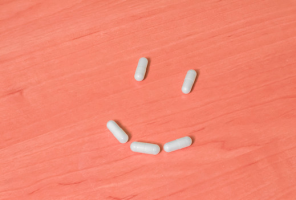 Except, accepting he has depression was only the first step on a long road, as I have since learnt.

We began by agreeing a number of key issues. I would support his leaving his job, as this was undoubtedly one of the main stressors. He had to agree to see the GP and follow instructions in return, including counselling, something men in particular find difficult and embarrassing.

The first month was almost idyllic. In fact, it likely gave us a very false sense that things were fixed.

The anti-depressants made him calmer, the change of pace helped him catch up on his sleep. He spent a couple of weeks just getting jobs done around the garden and house, partly because he felt guilty about being off of work.

Most importantly, we had time to reconnect as a family. Evening meals, with everyone present, which hadn’t been possible due to his work hours. He got to do school runs and homework, play at weekends and bedtime stories. At one point he said, “I’ve had a conversation with our son (age six). I think that’s the first time ever.” It almost broke my heart.

After a month though, he still refused to try counselling and decided the pills made him too foggy headed to think clearly. We went back to the GP, and he switched pills.

I understand this is totally normal. It can take a number of different medications to get the one that works for you. I wasn’t worried, but I could see he felt a bit unsettled that anti-depressants were not the magic cure. The GP and I both assured him recovery can take months – years even. But I guess even this is a thump to the male pride. He wasn’t, in his mind, ill. He took the pills, he should be okay now.

See also  Are you being true to yourself?

I stayed calm and reassuring. 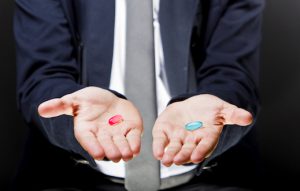 Instantly his foggy head cleared up, and he felt more like himself, so he told me. He felt in control and he could think clearly. We started considering alternate careers.

But then it all started to change. While he insisted he felt normal, from mine and the kids point of view he became a real grouch bag. It was almost as if he had developed super hearing, or at least increased sensitivity. Every noise irritated him – and kids make noise. Every sentence became a snarl, every reaction a moan.

He may have felt normal but as I said, if this was normal I’d married a real arse.

Your illness bores me

What makes is harder is the reaction of friends and family. For the first month or so the few people who knew outside of the family were keen to help. The husbands offered to do man time with him, go for beers, do some cycling. But his medication prevented him drinking and his embarrassment and mood prevented him socialising. He almost shied away from conversation and it felt like he would only actually talk to me.

After a couple of months even family had stopped being patient and supportive, and were beginning to suggest it was time he snapped out of it.

“How long do we have to pussy foot about him, making sure we don’t upset him?” they said.

You don’t know what is happening inside a house unless you live there. I know that. From their point of view, all they really heard was my updates. Of course, when I was with family – my support system – I vented my own irritations, worries and concerns. Because that’s what family is for.

But if all they heard was the same old moan, and to the outside viewer I did nothing to change it – well, what more could they do? They offered plenty of advice and “what you should do is…” comments. The reality is, no action I took would make things better.

They gradually withdrew, the world moved on and the topic of conversation moved with it. But to me, still stuck at that point in time, still living with the reality of a husband on medication, it felt like I was being abandoned.

His illness was, is, boring them. He had his moment of sympathy – now his allotted time was up. 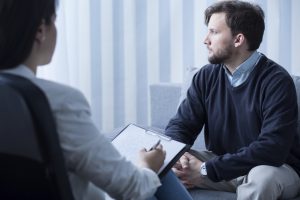 So off we went back to the GP, and this time I told the GP and my husband quite clearly that these pills were not working. He was unbearable to live with, the kids were back to their pre-breakdown state of living in constant anxiety of his mood, and I was close to taking the pills myself.

The GP looked at me and said, “You sound like a family in crisis.” And although I felt somewhat silly and over dramatic, we were. I had been positive and optimistic for years, we had finally seen the light, and yet the magic cure – admit you have depression and take the pills – had not made everything better. That false sense of relief had been kicked back down – and now I felt even worse.

The GP explained quite clearly – again – that the pills were not the only solution. Antidepressants are meant to lift your mood to the point where you can think and feel normal. At that point you then decide what actions to take and changes to make to your life, to take control, or stop the depression getting you down again.

Pills are step one. Step two is finding the path forward.

See also  What you can do about Seasonal Affective Disorder (SAD)

I could see he wasn’t going to agree. On the way home that night and for the first time I lost my temper, and told him to do what it takes, like it or not, for the sake of the children and for me.

Living in fear of tomorrow

We are on hold. He decided to take himself off all pills. I have to say his mood is no better or worse, so maybe the pills got him as far as they could. The combination of mood lift and leaving work has got him to today.

As long as he refuses counselling, I just don’t see the way forward. Yes, the mood at home is improved and the kids are better. Family have decided that there is nothing more they can do – and have disappeared back to their own lives.

What can you do if a friend has a partner with depression?

All I can do now is wait, holding all the worries and fears to myself, until we see how he reacts to the next crappy thing life throws at us. I just hope that, if he sinks, I’m still swimming for the both of us.