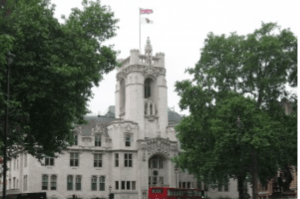 Two women, Alison Sharland and Varsha Gohil, have won their appeal in the Supreme Court to reopen financial claims against their ex-spouses after it was found that their partners had concealed the true value of the assets they owned.

In both cases, the parties had entered into a consent order, which is the legal document by which financial matters are finalised on divorce. However, in both cases, the wives’ financial claims were made on the basis of financial information (termed ‘disclosure’) which was subsequently found to be untrue. In both cases the husbands had materially underestimated the extent of their wealth so that the settlements in favour of their wives were unfair.

The fundamental principle in financial remedy proceedings involving former spouses is that each has an ongoing duty to provide full and frank financial disclosure to one another and the court. Otherwise it is impossible for the court or the other party to reach an informed decision as to what constitutes a fair financial outcome.

The judgments made in these cases do not mean that there will be a rush of former spouses seeking to re-open their claims in order to pursue a greater financial settlement. However, it has paved the way for cases to be re-opened if clear evidence of non-disclosure comes to light in the years following settlement.

Endless forensic investigations into a spouse’s resources can be costly and time consuming and so many reach the point where they make pragmatic and commercial decisions as to settlement. Mrs Sharland may have settled her financial claims for £10m but her decision to do so was made in reliance upon the disclosure made by her husband. If she had been aware that his wealth vastly exceeded what he was stating, then she may not have reached that same decision.

If you fail to fulfil your disclosure obligations in financial remedy proceedings then these recent decisions should serve as a stark warning. Unlike with civil claims, there is no limitation period for bringing matrimonial matters back to court.

So long as you or your former spouse can show that there is merit in re-opening the case, then the court are likely to investigate matters, even if the case was decided years ago. Mrs Gohil’s original financial order was made in 2004 and decided upon in the Supreme Court in October 2015, some 11 years later.