Home / Happiness / Family / Digging up the past 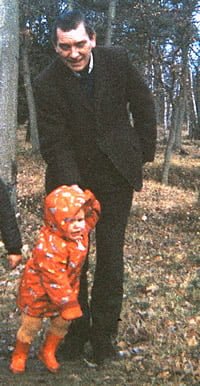 It has been popular for a number of years to trace your family tree, with a variety of programmes on television offering us a window into the ancestors of a celebrity. They often focus on a person with an interesting story of whom little is known about because connections have been lost.

But what if that person doesn’t want their life to be delved into? Some people chose while with us to keep themselves to themselves.

So when they are gone should we investigate their past?

My Uncle Bill was a unique and charismatic man. And, it seems, a man of many mysteries which we are never likely to know the answers to.

My earliest memories include him turning up with my aunt in an array of different coloured VW Beetles – I always found it odd they put bags on top of the engine, only later discovering the engine was actually in the boot! I also vividly recall being allowed to refill their cigarette cases, and I still always associate the smell of their cigarette smoke with Christmas. 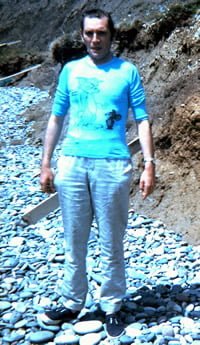 My uncle was a fixture in my life, from the unique mole on his lip to the way he answered the phone with his Devon accent, from his enjoyment of the puzzles I bought him each Christmas to the way he wore a Tom and Jerry shirt – which got smaller and smaller over the years!

He was my uncle by marriage – my mum’s sister’s husband. We were his family.

It wasn’t until a few years before he died, aged 90, that I discovered how little I, my aunt and parents knew about his early life. My parents have photos of the four of them on holiday in the 1960s, laughing, enjoying each other’s company and sharing experiences, yet it seems they didn’t know much about him. I had always assumed that they knew his past but had respected his privacy not to talk about it.

See also  Turning 70: how life has changed over the decades

Bill met my aunt at the age of 42 and we know very little of his life before then. He was a similar age that I was when I met my partner, and I can’t imagine not getting to know anything about my partner’s life, his family, his experiences. Yet my aunt fell in love with Bill and spent the next 48 years by his side, seemingly without knowing his history.

Even the name everyone knew him by, Bill, wasn’t in fact his name. 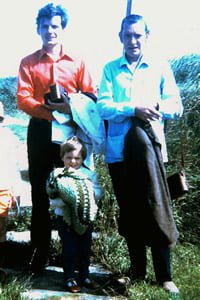 I know he saw the Northern Lights while in the Navy during the war. I know he went to India and discovered curry and never learnt to ride a bike. I don’t know what heartache and secrets he bore that meant he couldn’t talk about his young life, his family, his school days, his family, his dreams.

Bill rarely used anecdotes when talking to people so even in general conversation he never referenced his past experiences. It’s now a time that my aunt is moving house and as we clear through the attic and relive family memories there is still no clue to his past.

Bill decided not to share and although I am curious to find out why, I think there’s no reason now to  try.

I always regret that I never took the opportunity to ask Bill more about his life. I’ll always remember the influence he had on me, the times we shared as I was growing up – so should I really dig deep into what he didn’t want uncovered?

What would I gain, would it change who he was to me? I don’t think it will. He will always be my Uncle Bill and after all, that’s what really matters…

See also  Mediation and why court is rarely the answer

So when we start looking at our family trees should we remember to record who they are to us, and not worry if we can’t fill the gaps?