Vivien tells us about the fantastic ‘Dementia Friends’ initiative. 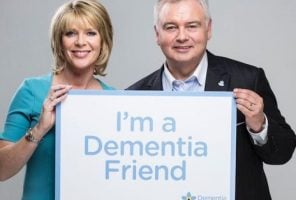 In my day job I’m a chartered financial planner, specialising in working with elderly clients. In my personal life I’m a daughter whose mum lives with dementia and has done for nearly five years now.

Think back to around 20 or 25 years ago and how difficult it was to talk about cancer, not just to anyone but even close friends and family. Do you remember how awkward and embarrassed people would feel if the subject was brought up?

Now think about where we are today and the fantastic progress that has been made in it – not just in the treatment, but in how the stigma about ‘the Big C’ has been largely removed and how much more understanding people are.

For people living with dementia, that wonderful progress hasn’t yet happened, but steps are being taken to change things. One step is the Dementia Friends initiative.

People with dementia sometimes need a helping hand to go about their daily lives and feel included in their local community. Dementia Friends is giving people an understanding of dementia and the small things they can do that can make a difference to people living with dementia – from helping someone find the right bus to spreading the word about dementia.

We want to create a network of a million Dementia Friends across England by 2015.
You can get involved in two ways:

I have just completed my training to become a Dementia Friends Champion, which means that I can now organise and run information sessions to help others become Dementia Friends.

Even though my mum has had dementia for nearly five years now, there was still plenty that I learned on the course and I’ve committed to take several actions that I hope will contribute towards making my local community a more dementia-friendly place. 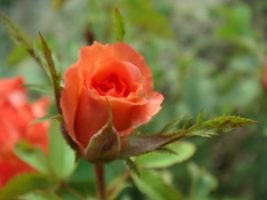 The biggest is to run Dementia Friends information sessions and the smallest, but by no means insignificant, is to stop saying that my mum ‘suffers from dementia’. Can you spot the difference?

‘Suffers from dementia’ has such a negative impact and isn’t true – my mum has had great care and support all through her journey. She lives with dementia and most of the time she lives well with it. Much more positive, isn’t it?

One in three people over the age of 65 will be affected by dementia and more women than men are affected, simply by virtue of women tending to live longer than men.

Whether we are of the two in three who won’t be affected or the one in three who will, we can all make a difference in our communities and workplaces just by changing the words we use or having a little more patience at the supermarket when the elderly person at the front of the queue is having trouble recognising their money.

If you are in the Bournemouth area, keep your eyes open for the public sessions that I’ll be running in coming months – you’ll even get a snazzy Dementia Friends badge!