People die every day – of natural causes, in accidents, in cancer wards and through acts of brutality. 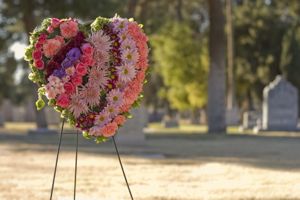 All death is tragic. Some appears to be more tragic than others. Whether it’s a close relative or someone completely unknown, traditionally we choose not to talk about it.

While we may mention death, we don’t really engage in lengthy conversations, with many of us afraid of how to react or what to say. While death is seldom planned, the aftermath certainly should be.

Death and humanity’s awareness of our own mortality has concerned me for years. But we generally keep our thoughts, emotions and beliefs private. Previously we have commemorated death by honouring the deceased at memorials after they have departed.

But is this changing? Should it change?

Diana: a death that shook the world 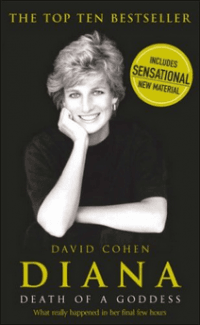 It all began in a Paris underpass. It’s nearly two decades since the late Diana, Princess of Wales, died following a road traffic accident.

I remember being in bed in the early hours of Sunday morning when the news first filtered through. A shock wave washed over me. “No, don’t die, the nation needs you!” I spoke aloud.

I was alone. I didn’t sleep as each news bulletin delivered more sombre news until the news nobody wanted to hear was made public.

This was my first experience of ‘real’ death. True, I’d lost two grandparents and an aged aunt but somehow these were unattached strangers, visitors in my young life.

Diana had been ever-present for 16 impressionable years. I had no idea how to react, what to say or who to talk to.

Like many others, I placed a bunch a flowers on the field outside the council house. Yes, I shed a tear but I felt confused: poor Diana, lucky flower sellers!

I did shed a tear when my step-grandmother died a few days before her 101st birthday. She may have been my grandmother only because my mother married her son but she accepted me as a granddaughter.

If she did treat me differently to her blood relations it wasn’t obvious. I was welcomed with open arms, a beaming smile and a kiss on the cheek. Her death was expected and in some respects welcomed. Sounds callous, doesn’t it?

I last saw my step-grandmother about six weeks before she died. She was depressed. A functioning mind trapped in a body that was now rapidly failing her.

Limited mobility was now being chased by aching bones, swollen joints, teeth that hurt, ears that didn’t hear and eyes that didn’t see.

As an outsider it was clear her quality of life had deteriorated. She knew it had. Nan was never grand, more practical, but she worked, cared and loved. Now she sat despondent before a TV she couldn’t hear or see, eating puréed dinner, asking to be taken to the toilet.

Quality? I think not.

She was desperate for a drop of brandy. We arranged for a half bottle to be bought with her pocket money. She had no medical advice against it. She beamed a smile, shed a tear and hugged as hard as she could when we left. I believe we added a little drop of happiness to her last days. At her funeral we celebrated a long life lived. 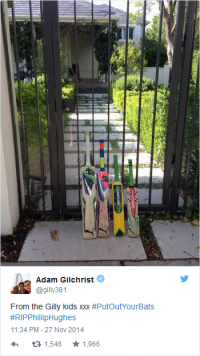 When the late Australian cricketer Phillip Hughes died, aged 26, two days after being hit by a cricket ball at the Sydney Cricket Ground, I cried quietly to myself for days.

I love cricket, watched South Africa return from international isolation at the SCG and spoke briefly to Mr Hughes at Trent Bridge. He was a stranger and his death was tragic, as they all are, but his death was also shocking.

Sport for me, as it is for many, is an escape from the real world. Cricket removes me from the trials and tribulations of everyday life.

True the players do daily battle but it’s a gentleman’s – and gentlewoman’s – game where victories are celebrated with applause and handshakes before everyone walks away for a drink afterwards.

Yes battles take place, a cricket ball is hard and when bowled towards you it’s best to hit it or duck. But nobody expects it to result in death.

Death happens in the real world; it isn’t supposed to happen during escapism. I watched TV coverage of him collapsing but great sportsmen are supposed to get up again. Phillip Hughes didn’t.

His death felt like that of a friend, a life quantifiable in figures and remembered by cricket bats left out around the world as the cricketing family celebrated his memory.

My eyes still fill with tears when I recall the circumstances of his death and the emotional aftermath. He will forever be 63* not out.

The loss of an icon 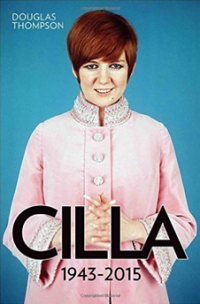 When the late Cilla Black died the media was awash with news of her life and her achievements rising from a working-class lass from Liverpool to a national treasure.

Her death, like that of Mr Hughes, was sudden and unexpected, and it shocked many into an outpouring of grief.

I was never a great Cilla fan, too young for her musical career and too ‘teenage’ for her TV career but a grief swept over me.

I was swept along with the flood of emotional outpouring for a lady that sadly suffered a stroke, fell and hit her head. The trauma she experienced resulted in the termination of her biological functions and she died. She was 72.

It was shocking, but perhaps less so than Diana and Phillip Hughes. It wasn’t wanted like my Nan’s and perhaps a successful life and a fair age made it feel less traumatic.

But I still found my emotional response confusing. Swept along on a media tidal wave, I wasn’t sure quite how to feel. 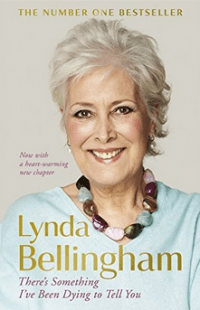 Perhaps we need to learn from the late Loose Women presenter actress Lynda Bellingham. Once again, like many stay-at-home mums, I felt compelled to watch TV celebrities talk about Lynda and her achievements. I didn’t know her, I didn’t even watch Loose Women on a regular basis, but I had grown up with her being the OXO mum, the epitome of perfection.

Lynda knew she was dying. She publically comforted those around her that struggled with her decision to stop treatment for her aggressive colon cancer. Lynda told them that it would be OK and that she wasn’t afraid of dying.

This was played out in front of TV cameras and broadcast to a watching public. Lynda helped make death a topic worthy of talking about. Yes, it was a celebration of her life but it was also a celebration of the dignified way she chose to leave, initially the public arena and later life itself.

Death is the termination of bonds. It is difficult to define the existential despair that we as individuals experience when a person dies.

Perhaps I have fallen into addictive behaviours that provide instant gratification when a ‘star’ dies. Perhaps I am experiencing a range of emotions in preparation for when my own loved ones die. I do know that life cannot be fully lived unless you are prepared to die.

I want my own death, when it comes – because I can guarantee that it will happen – to be dignified and celebrated, not mourned.

My partner knows this, we have talked about it and one day soon I will fulfil her request and write down exactly what I want.