Home / Happiness / Dealing with the devastation of abuse

Recent headlines have highlighted the ongoing way that men treat women and what women allow to happen to them. 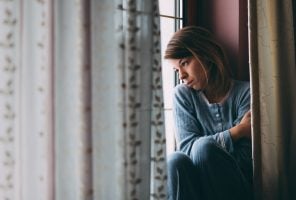 So, some women, for whatever reason, make some money by showing off our bodies and teasing men. Personally I would rather work in Tesco’s but I am not desperately short of money and lack the confidence to use my body in that way.

But I have chosen to stay with a man who has systematically bullied me into painful and degrading situations for years.

I am considerably older (20 years) than my husband and was so flattered initially that this man saw me as a sexy person. Who wanted me to dress up. Who wanted me to do everything his way. What I thought were some rather bizarre sexual predilections, soon after we married, became compulsions on his part.

But it took me years to fully acknowledge what was going on.  To realise that the control he craved was absolute, that it had no boundaries. To recognise that as I gave in to one bizarre request it would simply be followed by something even more degrading and painful.

The consequences of not complying were harsh. He stonewalled me totally. He withdrew, he didn’t talk, he was extremely unpleasant; rude, unkind and snarling.

See also  A place of contentment

I so longed to be loved and so hated being ignored that I gave in. Time after time after time I gave in. I was degraded and humiliated, in pain in every way imaginable (and many that I could never have imagined). The rewards were great, the little texts, the cuddles, the love.  The attention… I so craved attention. So I stayed and I endured. I had invested so much into this relationship, my third marriage, I couldn’t fail again.

Then he got ill, he has cancer. How could I go? A reason or a splendid, martyred excuse? I stayed, my fear growing and my love diminishing. But one day – yes one day he stepped right over the mark, even for me, he went too far.  No amount of conditional attention could ever claw this back. He has been mostly withdrawn ever since. Mostly disengaged, predominately disinterested and diffident about me and our relationship.

But I have stayed. I have stayed because one day he will die of the cancer and common decency tells me that he can’t do that alone.

We run a business together and I am not prepared to lose everything I have worked for all my life. But I have stayed because I have got my life back. I have decided to ‘be me’ again, I’ve developed my own ‘rule for life’ and have chosen to be happy.

I read inspirational texts at the beginning of the day and I am ‘everyday active’, in the gym, walking the dog, getting fresh air. I take photos of beautiful things that grab my attention, I spend time with wonderful friends and family and laugh again.

See also  Six documents you need to file for divorce

I write down all the awful things that fill my head and put them down. I don’t have to continually run them through my brain, it was awful – leave it at that. I wrote him a letter (never seen by him) where I said what I needed to say. I get sleep, I go to bed when I want to,  I go out when I want to and behave like the independent woman that I am.

Have I, as Elkie Brooks tells us, been able to ‘forgive and forget’?  I will never forget but I don’t have to continually remind myself. Not forgiving became a burden and filled me with anger.  Ruby Wax in ‘How to be Human’ talks about compassion. I did try to understand him but a lifelong need to control your wife is fundamentally wrong.  Planned torture is never to be condoned.  But I have forgiven because not forgiving was making me ill.

I can go on because I am free.  The pain has stopped, the withdrawal continues.  He has lost the essential ‘me’ that I gave so freely but I have got my life back.

*The author wanted to share her story, but on this occasion not who she is. Hope you understand!

Domestic abuse: how to break free

At risk of domestic abuse? Here’s how the law can protect you