It used to be that the subject of death was taboo, almost as if just talking about it would kill you! 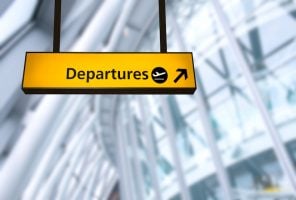 While things today are not that bad, people still try not to think about it, if they possibly can – which sometimes isn’t possible, for example when you need to prepare your will. My Mum absolutely refused to consider it until she had no choice – both my Dad and I kept nagging at her to get it done so, in the end, she did but not without a fight. But she absolutely refused to talk about her wishes in terms of burial or cremation so, in the end, it was left to me to decide.

I used to believe I was comfortable around the subject of death. In fact, I believed that being aware of one’s own mortality was a positive thing. Knowing that I will die makes every moment doubly precious.

When Alan, my life coach, first broached the subject of my Mum dying it had a huge impact on me. Like most people, I’d never really given it any thought. I probably imagined she was going to live forever! But, once he articulated it, I could no longer hide behind that pretence.

What that moment of awareness did for me was to help me treasure each and every moment with her. My Mum lived in Gloucester and I in London. I would go and visit once a month and save everything I wanted to share with her until we were together, including telling her how much I loved her. That changed. Every time I thought of anything I wanted to tell her I’d phone and tell her right there and then. I stopped waiting for us to be together as it might have been several weeks away.

That turned out to be a huge gift when she finally died, aged 94 a few years ago. There were no loose ends; no regrets of things left unsaid.

It was very different with my Dad who died over 20 years before. I was still married then but, for all intents and purposes I was alone. Dad wanted to talk about dying but my Mum would walk out of the room, refusing to listen. They had been married just over 40 years when he was diagnosed with lymphoma and she could not even contemplate the idea of him dying.  My husband Jim’s response to Dad’s attempts to talk about it was to simply say “don’t be silly” and walk out. That left me.

I realised then that being comfortable with the concept of death is very different from when it touches you personally. At least I was able to listen to him, something that gives me a huge sense of relief and fulfilment. The problem was that I had no-one to talk to myself. It became a burden I had to carry all on my own. After that first conversation, I remember walking to Gloucester Cathedral and just sitting there, dry-eyed. And yes, it did help.

I remember noticing that people stayed away from me after he died – some even left altogether. That was in 1988.

It was very different when my Mum died in 2011. She had been slipping into dementia the last 2 years or so and I felt that was when I actually lost her. She was no longer the mum I knew, a staunch friend and ally who stood by me through thick and thin, including the painful experience of leaving my marriage of 37 years. But I wasn’t alone. Carolyn, my new life coach, pointed me in the direction of a wonderful woman, Judith Pocock, who helped me deal with my Mum’s loss of her mental faculties as well as the anticipated loss so, by the time she died about two years later, I felt deep relief. I never wanted this (living with dementia) for her, our conversations had become monologues and the one thing I still regard as a blessing is that she knew me until the end.

When people think of dying, they tend to believe that sorting out their will is all that they need to think about but that’s not enough. Making the most of every moment, especially with those you love the most, that’s the best way I can think of dealing with the thought of death and dying, especially since we can’t know when that might happen.