Home / Health / Eating (Diets or not) / Chocolate… reasons to eat it!

Do you enjoy a square of chocolate once in a while? 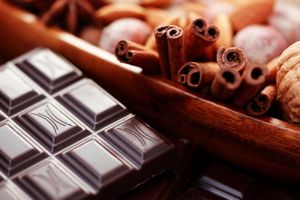 Or are you a full-blown chocoholic, who loves nothing more than indulging regularly in your favourite sweet treat?

Well, chocolate lovers will be pleased to know that their dream time of year is about to start. First we’ve had the (over-commercialised, pseudo-romantic) Valentine’s Day, and now Easter – known to some as chocolate egg time.

How much did you contribute?

The healthy folk amongst us will be pleased to know that chocolate is made from a fruit, but sadly (and trust me, I have tried to justify it) I don’t think the cocoa bean counts as one of your five a day.

This is a pity because each cocoa pod contains about 40 beans and according to The BitterSweet World of Chocolate, you need 40 pods to make eight bars of milk chocolate. I am no maths genius but 40 divided by eight is that magical five (a day). Just saying.

But seriously, is chocolate bad for me?

Cocoa has been cultivated for around 3,000 years – which begs the question, why go to that effort if it isn’t good for you?

Well, for women especially, (the right kind of) chocolate is packed full to the wrapper with essential vitamins and minerals. For example, 100g of dark chocolate provides nearly half your daily values of iron (44%) – an extra bonus for vegetarians – is good for your bones (5% calcium daily value) and is packed full of magnesium (36%) and potassium (15%).

See also  Are diet foods really better for us?

In April 2013, the American Academy of Neurology (AAN) reported that drinking just two cups of hot chocolate a day may help with brain function in older people. As I head towards my fifth decade, and having two small children, I need as much help as possible to keep my brain functioning. In fact, I’m beginning to believe that at certain times of the month chocolate should be prescribed on the National Health Service.

So, who eats chocolate?

Across the Western world, chocolate is something of a beloved treat or, to some, an essential food stuff. Some of our European neighbours have built their reputations around chocolate triangles or the handmade variety. A recent industry report in Great Britain reported that 91% of women and 87% of men consumed chocolate, or a chocolate product, on a regular basis (and the Yorkie bar didn’t even make the top ten).

The chocolate industry’s economic growth is expected to outperform the sluggish UK economy, with a growth forecast of 13% to 2015.

There you have it – not only is eating chocolate good for you, but it’s helping to keep the UK afloat. What better reason to indulge? 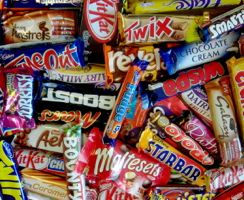 Most chocolate lovers have a favourite bar that they will defend to the final crumb.

There are no great surprises in the UK’s top ten (I’ve tried them all at least once). Cadbury’s Dairy Milk leads the way, with Galaxy following, and Kit Kat, Maltesers and Mars bars completing the top five.

The peanut-filled Snickers (always a Marathon to me) Twirl, Aero, Wispa and M&Ms make up the rest of the top ten.

For me, coffee makes it possible to get out of bed, but for others chocolate makes it all worthwhile.

Personally, I’d rather have a packet of crisps but that’s another story…