I don’t have children. But I make a reasonably good auntie. 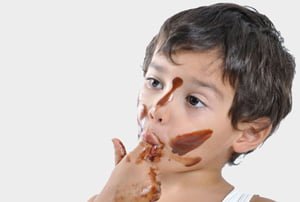 When we were kids, eight and six perhaps, my mother announced at tea one day,
“I’d like eight grandchildren.”
My little sister looked at my horrified face, and said kindly,
“Don’t worry, I’ll have them all.”

45 years later, she has three children and I am child free.

I’ve been told that I’m lazy, that I’m selfish and that I’m “denying my natural destiny as a woman”. (This last one by a middle aged man with a habit of having helping women to fulfil their natural destiny then choosing to live elsewhere rather than giving any practical support.) The others were dished out by mothers.

When I say I don’t have children, people usually don’t ask why in case they are treading on dangerous ground. But here it is.

It’s just the way my life worked out. As a child I was never interested in babies, and I avoided playing with dolls. I was 27 before I held a baby, and that was because I was forced to by its father. He plonked it in my arms and said “Give it a go. You might like it.” I didn’t. It was another 10 years before I tried it again.

Small children like me. I like to speak to them as if they were grown up. I shake hands when we’re introduced. I find that they adapt pretty well to being treated like grown-ups and step right up and join in. Not always. And if it doesn’t work I can always hand them back. But my strategy is to smile and asked their opinions. It works with adults too.

See also  Where do you put your parents?

I’m fortunate to be married to a lovely man who really did not want children at all.

We had a pact that if it happened by accident we’d go for it, but we were both very relieved that it didn’t. I never did the tests, but I believe that I have been pregnant and have had several early miscarriages. Each time I went through this I just felt that a huge weight had been removed from my shoulders. Maybe I’m unusual, maybe not. We thought that we’d probably make pretty good parents, but that wasn’t a good enough reason to go ahead.

I have childless friends who were desperate to have them. For a year after she was married, one friend would greet everyone with the words, “Hi, I’m still not pregnant!” and a wild desperate smile on her face. Eventually she just stopped mentioning it. They’d had tests, tried a few options and just had to resign themselves to it.
I almost considered having one and giving it to her.

I do feel sorry for people like my friend who don’t have children, just not for myself. And there have been times when I considered it; it just never seemed to be the right moment.

I led a blissful life until I was two. When my sister was born my life was shattered. I’d just been one of those children who slept and behaved well. She was just one of those babies who was the complete opposite. So maybe my small brain worked out that baby = hell.

And then at school I was one of the smart ones. I was going to university and I was going to get a job. Out in the real world it astonished me when my friends started to get married and have children. It had really never crossed my mind that this was an option. Then my sister did it too. I’d read once that the best time biologically to have children was between the ages of 22 and 28. As I approached 28 I felt a huge pressure, gloom descending. Then a doctor friend of mine told me that up to 35 was fine. The pressure lifted. And there was never a point I was in a good relationship, or financially secure enough for me to give up working.

As I approached 35 I walked out on an emotionally abusive relationship, spent a few years clingily dated some time-wasters, took a year off dating, then I met the best man on the planet. (For me.)

Aged 40, with nine nieces and nephews between us, we decided to carry on as we were.

There is one more thing. My immune system isn’t great. I need to pace myself or I’m ill. The idea of being systematically woken up in the middle of the night frightens me so much that I’m pretty sure this was the one thing at the top of the list of reasons not to be a parent.

Maybe somewhere deep in my unconscious, my mind and body have had a talk and decided that since I would not be physically capable of looking after a child, they would switch off my biological clock, my natural destiny, or whatever you choose to call it so I wouldn’t be disappointed. Who knows? But I’m not disappointed.

See also  The things we do for love!

My in-laws were disappointed, but I think perhaps their son had never actually spelled out to them that was no way in this world he was ever setting out to become a father on purpose. They already have a handful of grandchildren. My father would have liked me to have children, but I think most of all he wanted me to be happy. My mother loved babies but she didn’t really mind whose they were, and she went off children as soon as they were old enough to answer back.

I find that I’m getting my old friends back now – the ones I lost in their 20s and 30s when their entire world was devoted to the everyday needs of their growing offspring. We had very little in common then. Now we have different experiences but the distance between us is reducing and I’m very fond of a lot of their children. They can come to stay, they can do work experience with me. In our family, we’ve had many unmarried women who have done some fascinating things with their lives; I see myself as one of them. I’m delighted to continue in the role of eccentric older friend and auntie.

Is it just me, or are there more of you out there?