Charlotte’s Helix seeks to support a global initiative to unlock the genetic code of anorexia nervosa. 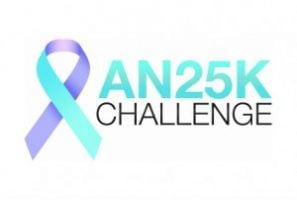 Many of us will know of someone who has suffered, or is still suffering, from the eating disorder anorexia nervosa. What you might not know is that the risk of developing an eating disorder is largely genetic and its mortality rate is the highest of any mental illness with a shocking 10% of those diagnosed dying from the illness.

Charlotte’s Helix, which was founded by the late Charlotte Bevan in 2013, is a charity supporting a global initiative pioneered by Professor Cynthia Bulik of the University of North Carolina. Dr Bulik’s ground-breaking biological research aims to unlock the genetic code of anorexia and thereby change the way the world thinks about and treats eating disorders. The results of the study will save and improve many lives.

This worldwide research project is called AN25K Challenge – Anorexia Nervosa 25,000 – as 25,000 DNA samples need to be sourced. It was initially only focussed on the USA, Australasia, and parts of Scandinavia. The UK had no funding in place to get involved, but Charlotte Bevan, whose own daughter had suffered from anorexia, was determined that the UK should contribute to the study. 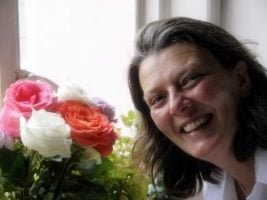 Although very ill herself from the breast cancer that took her life early in 2014, Charlotte contacted Dr Bulik and requested that the UK should be included in the research and from this, the charity Charlotte’s Helix was born.

Working alongside Kings College London’s BioBank dedicated to mental health research (the only BioBank in the UK to be dedicated in this way), Charlotte’s Helix arranges for DNA samples to be collected from anyone who has ever experienced anorexia at any time in their life, no matter how long or short.

READ  7 ways to motivate yourself to keep working out regularly

The samples which can be taken in the form of a blood test or by a saliva swab are analysed so that the specific genes that trigger anorexia can be identified. By understanding the bio-chemistry, successful treatment for sufferers can be developed.

The goal of Charlotte’s Helix is to add 1,000 samples to AN25K by June 2016 and with each sample costing approximately £100 to be tested, the target is to raise £100,000. To date, Charlotte’s Helix has raised in the region of £35,000 in individual donations, often in denominations of just a few pounds at a time and more than 700 UK DNA samples have been contributed to the AN25K Challenge.

The work of Charlotte’s Helix, raising funds, awareness, enthusiasm, numbers, and hope is carried out by unpaid volunteers. The trustees comprise a mix of parent advocates who have faced diagnoses of this life-threatening illness in their own children and significant experts in the field of eating disorders and genetics who believe that this is the most exciting opportunity that they have seen for the development of more effective and precise treatments for these, up to now, little understood illnesses.

Anorexia is not discriminatory; it is neither gender specific nor restricted by age. Helen, a trustee of Charlotte’s Helix, whose own daughter has suffered from anorexia for the last 6 years says ‘Anorexia Nervosa implodes a family. It arrives unexpectedly and unwelcomed. It is a terrifying illness that takes over and steals lives. Families watch the sufferer disappearing, both in terms of their character and also physically.’

Charlotte’s Helix receives no government funding or other dedicated philanthropic grants. The charity needs as much additional support and publicity as they can muster.

READ  The perfect time to start

To find out more about Charlotte’s Helix, to donate a DNA sample or to get involved in any way, click here.

Support for families living with Eating Disorders can be found here.