Home / Making a difference / Charities / Charity: is it all getting too much?

Christmas. The time for families to get together if distance and circumstances allow. 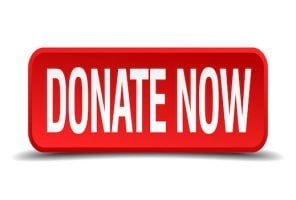 It’s also the time when charities approach many of us via our letterboxes, telephones and newspapers, hoping to induce some guilt and catch the attention of people wishing to embrace the Christmas spirit.

Don’t get me wrong. I support charities throughout the year and since my book was published I have given many free copies for raffles or charity competition prizes.

Several local charities have display copies and keep £1 for each book sold via their online or high street shop. I buy Christmas cards which support charities and I regularly clear out unwanted presents, clothes and bric-a-brac and donate to the Weldmar Hospice shop.

However, I am more sceptical since the rush of bad news stories in the press. Vulnerable, elderly people being inundated with pleas for money certainly aren’t in keeping with the concept of charitable giving. And many of these people don’t feel able to say no, leading to them being put on even more databases and mailing lists. It’s a vicious circle.

So with Christmas around the corner, what can families do to ensure their elderly relatives don’t fall into these traps?

While distance may prevent you from visiting and monitoring your parents’ or relatives’ activities constantly, it may be wise to nurture a relationship with a friendly neighbour who can keep an eye on them.

If you’re worried, you can also put their name down on the Mail Preference Service (MPS) to prevent charity mail shots.

When a relative of mine told me she had written cheques to the tune of £200 one December (notoriously the peak month for begging letters) I told her I would make sure she received no more post. On returning home, I entered her postal details on the MPS site – the link is at the end of the article.

READ  Could you find time to volunteer?

However, I also gave her advice such as binning junk mail immediately, and made her promise not to open begging letters or write another cheque. And I’ve followed this up with reminders to her.

Unfortunately, relatives aren’t always aware and those caught in scams or paying out more donations than they can afford are often too embarrassed to raise the subject. Sadly, some younger relatives have broken contact with elderly relatives who have given away large sums of money which they class as ‘theirs’. So what else can be done?

Banks should have a responsibility to contact customers who appear to set up too many Direct Debits to charities. My own view is that three modest amounts – say £3 a month each – should be enough for anyone on a basic pension.

Our banks owe us a duty of care and should be monitoring our accounts for unusual activity. Let us all ask our bank (if we still see a face) if they do this. I was surprised that about 30 cheques written by my relative for small amounts to charity was not queried by her bank or building society. PayPal restricted my account after unusual activity. The scam purchase was pursued by PayPal and they succeeded in getting the money back. If PayPal can monitor accounts then surely the banks should?

The government could also take some action, such as setting up public information adverts on both BBC and independent television channels. Despite high-profile cases, I have yet to see a sensible information film warning about the plethora of begging letters at this time of year. Such adverts could include information on how to register with the Mail Preference Service and ways to do this for those without internet access.

READ  Finding a fictional heroine for our 40s

The charities themselves should have a responsibility to monitor their benefactors, perhaps even adding a section on the mandate or newspaper advertisement asking for details of other charities the donor is also supporting. They should take responsibility for passing details on – surely it is time for this to be made illegal.

We’ve all rushed to answer a call in case it’s important, only to be still there ten minutes later trying to get the unwanted caller off the phone. You can register with the Telephone Preference Service (TPS) to prevent these calls. However, TPS regulations do not apply if the charity or selling organisation has consent.

For example, if you have a bank account, the bank can phone and try to sell services without falling foul of the TPS.

We all know how difficult it is to find out the name of the company phoning. A minor change would be that telephone sales staff should, by law, have to state the name of their firm at the start of the call – this is extremely difficult information to get from a persistent telesalesperson!

Let’s be clear. Not all charities are guilty of this inundation. And who can blame them for trying to raise more funds – it’s what they’re there for. But they must operate ethically, especially when dealing with elderly or vulnerable people.

So keep an extra eye out this year and if you think your elderly relatives are at risk, take steps to protect them from this added worry.