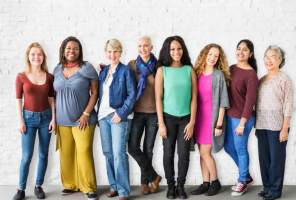 You cannot discuss gender equality without considering feminism. So, here at Henpicked we’ve asked a number of women to share what feminism means to them. The viewpoints were fascinating and varied depending on age and personal experiences, although they shared a common theme. It’s safe to say that the movement of feminism is powerful and growing.

Are you a feminist?

“Absolutely – and proud of it.”

“Yes, because I believe in equal rights. However, I think it’s vitally important that male rights aren’t forgotten. It’s about equality, not imbalance in the other direction.”

What does it mean to you?

“Women having equal chances to men and being able to live with the same opportunities and esteem as men.”

“Recognising that women are equal members of the human race and that we live in a society which continues to oppress women in a multitude of ways, that conditions us from birth to believe women are weaker/less intelligent and irrational, love pink, can cook, want babies and so on. Feminism is a movement that works to counter all that crap and to help raise up and support women everywhere.”

“It means having the same opportunities as my brothers – which means the opportunity to fail as well as to succeed. It means not just having the same chances, but the real-life support and culture to take those chances and make them happen.”

“True feminism means no woman should be disadvantaged because of her sex, that she be judged on her own merits and not in relation to any other considerations, such as appearance, marital status etc., and that she be treated as equally as any man in similar circumstances.”

“At first I believed feminism was respect for the dignity and humanity of all women and opposition to anything that degraded or disempowered them.

What do you think is the most common misconception about feminism?

“That it’s about giving women greater rights than men.”

“The myth is that it’s only about ugly women, man haters, busybody middle-class intellectuals and only women.

The truth is that feminists can be male or female; anyone who believes in male and female equality and cooperation for the good of the world.” 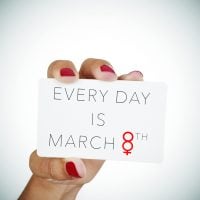 “First myth – all feminists are man haters. I know women who have distinguished careers but refuse to be described as a feminist because they think they’ll be branded as a man hater.

Equality means we can wear what we want, as men do. But that doesn’t mean we want to look like men!”

“Third myth – all the battles have been won. One look at the newspapers would show how sadly wrong this is. The Prime Minister can make a major speech about the most serious issue facing the UK. Yet her clothes will be given about as much coverage as the contents of her speech. When is this ever going to end? When will a woman be allowed to do anything significant without being subject to constant discussion of her appearance?”

“As my circumstances have changed and I’ve got older, I see things differently. I grew up in the 70s in Southern Africa in a strongly patriarchal society and if you said feminist you were one of those ‘crazy women’ who went around burning their bras and attending demonstrations.

Nowadays I think it’s more about equality and how women are treated and behave in society. There are still a lot of table thumpers who bang on about the injustice of a patriarchal society and role assignment in the home. As time has gone, it has become bigger than that. It’s something that affects people’s self-image and world viewpoint. It’s about oppression and inequality across a variety of variables, including class, gender, race, ethnicity, and age.”

See also  4 reasons to write a love letter to yourself

What do you think the word means to other people?

“There’s still a lot of stereotyping that exists to undermine feminism as a movement and there’s been a big backlash. I’d say an unfortunately large number of people see feminism as negative, angry, man hating, unnecessary and out of date – they think the battle is won when it’s not and for every step forward we stumble on another impediment.”

“To young people who have been subject to brainwashing by those who would discredit it, I think it means bra-burning revolutionaries who hate men and want to wear flat shoes and ugly hair.”

“I think that people feel that to be feminist is to dislike distrust or denigrate men. This view is held by both men and women.”

Do you think it’s important in today’s society?

“It’s as important as it ever was and if we don’t recognise that we’re living in a frightening reality. Women are still earning less than men, working harder than men, doing the majority of the domestic work and childcare, discriminated against in almost every walk of life, made passive victims of pornography and represented in negative ways in the media. We’re judged by completely different standards. And that’s just in the West. Look at what’s happening around the world.”

“It’s really important today as there has been a real fight back from misogynists and those trying to minimise horrible behaviour like rape. There are many countries in the world where equality is just a dream and we need to help the women there too.”

“Yes, we need feminism today as much as ever. And feminism breeds misogyny, because others feel threatened when they see a specific group trying to redress inequality.”

“I think that people just need to learn to be kind to other people and have respect for them whoever they are. If more people fought for kindness and respect but called it feminism I would be fine with that.”

Do you think feminism means different things to different people? 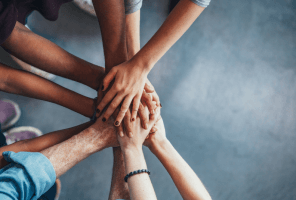 “I think feminism can be an individual thing. Schisms in the movement have weakened our arguments at times and been used against us, but I also think it’s fine to have ‘radical’ feminism and ‘separatist’ feminism and ‘post modern’ feminism or whatever. I worry that some women (and men) call themselves feminists but actually use that to uphold an anti-feminist viewpoint.”

“There’s a large variation of views within feminism, but I think there’s room for most of them from glamorous girls to militant lesbians. There is obviously a risk that the extremes get thrown back at us as reasons that the movement is stupid / evil / tokenistic.”

“It means different things to different people. But why isn’t there an equal word for people who support male rights?”

“I think there are shades of difference at the edges but essentially it is about equality for everyone – if a person’s view of feminism doesn’t contain that single truth then they are possibly confused.”

“I think that the Women’s March against Trump – [reported to be the largest and most peaceful day of protest in US history, and supported by millions around the globe] – shows the feminist movement at its best. Humorous, intelligent and supportive women and men marching peacefully for a common issue.”