In memory of Carolyn Lazarus: a remarkable woman who lived life to the full. 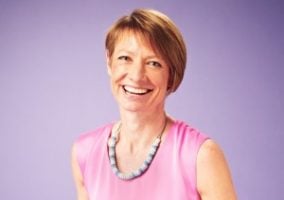 Totally4women.com was the dream made real by a remarkable woman, its founder and chief editor, Carolyn Lazarus.

It is therefore with the utmost sadness that I have to tell t4w’s thousands of members, sponsors and friends that Carolyn passed away on 13th May following a very brief battle with cancer.

If you have visited the site in recent weeks and found it inactive this very sad news is the reason why.

Carolyn was only diagnosed with malignant melanoma in February and fought this terrible disease with her usual spirit and optimism until the last. Tragically, the disease was far more aggressive than any of the many doctors caring for her could comprehend. She died in the University Hospital of Tübingen near Stuttgart where she had gone for some cutting-edge treatment that she was never well enough to undertake.

The family would like, through this article, to thank the wonderful staff in Tübingen, who did all they could. If they could not save her, then no one could have done.

To those of you who did not know Carolyn, she was not only the founder of t4w but also a very senior commercial lawyer, a qualified garden designer, magistrate, tennis coach and player and a keen club runner. She also sat on numerous boards of local charities, wrote regularly for local magazines and appeared in the national press, national and local radio and on television, talking about women’s issues of various kinds.

On top of this she was a wife, mother, daughter, sister and friend to almost everyone. The hole she has left in the lives of all who knew her is immeasurably deep.

Carolyn’s funeral was attended by more than 350 mourners and it was an occasion as happy as it was sad. The eulogy was beautifully delivered by her dear friend Heather Russell. Her coffin left the church to the sound of “Love Shack” by the B52s – so very Carolyn.