Home / Happiness / Family / Caring for Max: what I learned about myself from my special needs child

It had never occurred to me that I would have anything other than a perfectly normal pregnancy and a perfectly healthy baby. 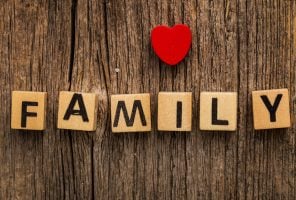 Like everyone else I said stuff like “I don’t mind if it’s a boy or a girl, as long as it is healthy”, but I never actually thought anything else was a possibility. That happened to other people, special people, people who would know how to deal with it. And that wasn’t me.

Here’s a headline for you: no-one who has a child with special needs is special or different, they were dealt a card and they learnt how to be that person who copes. Let’s be clear, not everyone manages. There are plenty of people who give up their children for plenty of valid reasons. But those you see around are the ones who survived through it and became carers.

Back to my story. I was pregnant and HUGE. I mean HUGE. I’m just under 60 inches tall and I was 58 inches around my waist. I looked like a weeble. I couldn’t really move very well. I was very uncomfortable. I had no idea that this was not normal: it was my first pregnancy.

At 29 weeks I finally saw a midwife who diagnosed polyhydramnios – excess amniotic fluid – but it wasn’t until Max was born that we found out why. Max wasn’t swallowing the amniotic fluid in utero due to a benign tumour in his airway blocking his oesophagus. This tumour was also blocking his airway, but as he was relying on the umbilical cord this did not affect him, yet.

My waters broke at 31 weeks and five days. The amount of water I lost, and kept losing on and off over the next 10 hours, was mind boggling. But I was finally a ‘normal’ shape and size for the pregnancy. I was kept in hospital and four days later Max was born. The neonatal team were there, Max had one small cry and was then whisked away.

That was the one and only time we ever heard his voice as he has never made another vocal sound since.

At two days old they had trouble ventilating him and he suffered what is known as an ischemic episode when his brain was starved of oxygen for a period of time, causing ‘moderate to severe brain damage’. When he was five days old they took him to theatre and made a hole in his neck (tracheotomy) to allow him to breathe, and he has been reliant on this little hole ever since (a tracheostomy).

I look back and I think I went through those days in the Neonatal Unit in a fog, assuming that the doctors would ‘fix’ him before he came home. I was blissfully unaware of what life had thrown at me. Yet somehow between the boredom of being in hospital day in and day out watching my baby grow in an incubator or a cot, attached to various tubes, and learning what those tubes were and how to feed my child through them and change a nappy in spite of them, somewhere, unbeknown to me, I grew a backbone.

When we were leaving, I remember the nurses telling me that I would soon be the one who would know my child best, who would be able to care for him better than any nurse, and I thought “but how can that be true, I’m not a nurse, what the hell do I know?”

I am not special, but I chose not to turn my back on my child, and so I learnt, slowly but surely, how to care for him. That was actually the easier bit. As he grew, I had to learn how to fight for him, how and why I had to fight for him, to ensure he got the care, support and education he deserved to become the best that he can be, in spite of his difficulties. 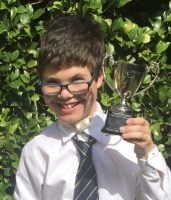 Max is now an amazing 14 year old. He still has many difficulties, he has no speech and no swallow and probably never will. At school he is bright but his communication difficulties, his delays in learning, and probably his ischemic episode mean that I will be the proudest mother if he just gets one GCSE.

See also  Going to court without a lawyer?

Max has shaped me and my husband to be the people we are.

What would have helped me on my journey, would have been self belief: trust in myself and my husband that we would have found our way. And conversely not to trust other people, even if they were professionals, family or close friends. Some of our darkest moments came from such people, either on purpose or due to sheer ignorance. Also to ask for ‘specific’ help: please can you cook me some meals, please can you drive me somewhere, please can you spend some time with me.

The right people will always find a way to shine through. The wrong people can set you back.