Career and Motherhood. That old chestnut. We know the issues – women do all the child bearing and still do the majority of the child rearing. As a result they earn less, make less career progress and wield less power than male counterparts. They get frazzled and frustrated in the process of trying to hold on to the remnants of a career whilst managing children and the house. As a society we end up with stressed families and a power imbalance between men and women. 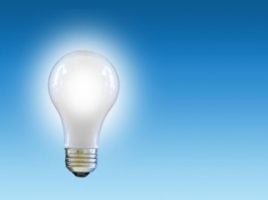 So the system is broke and needs fixing. But how?

Let’s assume that for the foreseeable future women are going to continue to do the child bearing. For now, that much is set in stone. But what is not set in stone is our constructs for time, which, apart from the day and the year, are arbitrary.

A year is defined by the Earth’s orbit round the sun, and a day by the time taken for the Earth to spin 360 degrees. But beyond day and year, we could easily rethink the concept of second, minute, hour, week and month. I will leave a total restructure to revolutionaries. My proposal is modest. We can keep our current seven-day week but let’s ditch our concept of the ‘working week’.

Where did the concept of the office day, and by extension the 5 day, 40 hour, ‘full-time’ week come from anyway? Whose interests does this construct serve? People don’t need ‘full-time’ jobs – they need rewarding work and enough money to live on. And employers need their staff doing coherent roles well. These rarely come in neat parcels of 40 hours a week. So let’s stop our slavish approach to a less than useful concept.

Here’s a prime example. My husband works for a large company, and they are going through yet another restructure. As a result his old job has been dismantled and a new role created. 60% of the role he is comfortable with – it’s the area he’s an expert in, and enjoys. The other 40% of his job is brand new to him – and not connected to the other 60%. Someone in head office sat there scratching their head over how to make a full-time role and came up with two part-time jobs, lumped together.

How sad that my husband is not able to say out loud what he is thinking – that he’d love the 60% role and would rather not bother with the 40% role, and would be delighted to do something else for two days a week. But he can’t say that, because real men don’t go part time. Just like, REAL CAREER WOMEN DON’T GO PART-TIME. Your choice is stick to full-time or step off the career ladder.

Flexibility is what we all need

Why can’t we have a flexible approach? Employers could be freed from having to offer conventional full-time roles and, critically, jobs which were well done in less than 40 hours could finally command respect. (Who works well anyway at the end of a 40 hour week?) Most employees would be glad of the flexibility but for anyone with caring responsibilities it could be life changing. Couples could share the childcare and access to their chosen careers equally by working three days each – yes, let’s make Saturday a working day – and still have a Day Off together. (Or if you insist on Two Day weekends, let’s have an 8 day week. Why not? The week is after all just a human construct.)

Fundamentally, I’m suggesting we abandon a fixed notion of ‘full-time’ work and we replace it with a flexible approach. We create jobs that work for the employer and the employee and not for some arbitrary and out-of-date definition of a ‘working week.’

See also  Living on a budget but love luxury?

This radical redefining of the working week could create thousands of additional jobs and could help the ‘lost generation’ find work. It could reduce the benefits bill, and also save the NHS a fortune in treating stress-related illnesses, not to mention the fact that rush hour might become a thing of the past, and parents would have time for their children.

And best of all from my point of view, it might mean that my female children will not face that awful dilemma of whether to do children or career. Imagine for a minute that they don’t have to go through that awful business of negotiating a ‘part-time role’, a process which is so demeaning, as though you are asking to move from top set to bottom set, asking to be overlooked, disregarded and generally treated like an irrelevance. As though you can’t take the pace, are jumping ship because you are not sufficiently committed, all because the arbitrary number 40 is not the number of hours you wish to work.

Where there is a will

This flexible approach is one that is already in place in all those organisations which don’t operate conventional ‘office hours.’ It should be perfectly possible to manage staff who rarely meet, but share responsibilities or need to share information. Today more than ever our communication options are vast, and we have little excuse to cling to the past. This really is not an insuperable problem.

Hospitals have been juggling shared responsibilities for a long time, and many valuable lessons have been learnt. Other organisations also have long histories of successfully managing staff sharing roles. It is possible and it is high time that office-based professions such as banks, financial services, lawyers, estate agents etc ditched their old-fashioned 40 hour, 9-5 approach.

Let’s all move away from thinking that a working week has to be anything other than the time is takes to do your job well.