Depression is fast becoming an epidemic throughout the Western world. Many people struggle to afford regular therapy and some are reluctant to use medication to influence their emotions. This has led to a rise in an exploration of holistic alternatives, aiming to discover if and how they can alleviate symptoms of depression. 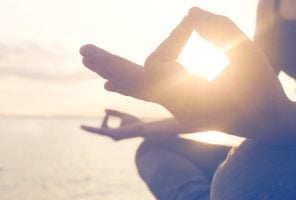 For literally thousands of years, many Eastern cultures have been practising yoga in order to align the mind, body and spirit. They claim regular yoga and meditation sessions can change perceptions, provide connection, and even improve fight or flight responses,  all in turn helping to fight depression. But does it really work?

Last year at the 125th Annual Convention of the American Psychological Association, six of the presentations analysed studies which found yoga may have positive effects on those suffering with depression. These studies were aimed at a variety of different people.

One was conducted around the needs of male veterans and found that after eight weeks of bi-weekly classes they showed fewer symptoms. Another was aimed at women between the ages of 25-45, who again took bi-weekly classes for eight weeks. The results were the same, as they also showed significantly reduced symptoms of depression.

Throughout the studies there was an undeniable positive correlation between practising yoga and positive effects on feelings of depression. While yoga shouldn’t replace therapy entirely, all the studies concluded that it can be used as a complementary approach.

Here are a few characteristics of yoga that make it effective at battling depression:

Like all exercise, yoga encourages the production of endorphins. These are our body’s natural stress-busters, literally diminishing our perception of pain – emotional and physical – and enhancing our sense of wellbeing. The release of endorphins is beneficial to our entire system: they can help us gain confidence, take our mind away from our worries, and allow us to cope in a healthy way.

Yoga helps to stretch, tone and strengthen the entire body. This in itself is great for overcoming depression by improving our self confidence and encouraging the release of endorphins. However, yoga also improves the condition of the iliposoas muscle – otherwise known as the muscle of the soul. There are two muscles that make up the iliopsoas. They connect our upper body to our lower body and are the force behind all of our movements. These muscles are directly linked to our fight-or-flight response; the stronger and more supple they are, the better our response will be. Depression can often make us feel like we want to hide or run away from social situations, and occasionally, ourselves. Through yoga and the training of the iliopsoas we can learn to face our challenges head on and overcome our fears.

Practising yoga provides a special connection with those around you. It differs from other fitness classes as emphasis is placed on moving and breathing as one. It gives us a safe space to share with the other yogis around us, supporting each other through movement and intention. Social interaction is said to play an important part in overcoming depression. Yoga gives us the chance to meet and socialise with like-minded individuals who share our goals, dreams and views on life.

An important part of yoga – setting it apart from other group exercise classes – is the philosophy behind it. A prominent yogic teaching is that the mind and body exist as one entity. The feelings, thoughts and emotions which arise from the mind are as connected to our core being as our hand or foot. Yoga teaches us that we are not our depressive thoughts, but rather the life-force behind them.

See also  Whispers in the wind

The word ‘namaste’ – said at the end of a yoga practice – translates as ‘the light in me honours the light in you’. This shows how yoga goes beyond our surface level emotions, to a deeper part of ourselves that exists beneath them. Our habitual thought patterns were once coping mechanisms to help us through the difficult challenges we faced in the past. Ultimately, the philosophy behind yoga encourages us to deeply study our own selves. Through self-knowledge we can find liberation by freeing ourselves of negative thought patterns and limiting beliefs.

Depression is a difficult condition to live with, and finding new ways to cope and enjoy our lives is important. Yoga brings clear benefits to mind and body.