Home / Happiness / Relationships / Family law / Businesswomen: how to protect your assets on marriage

International Women’s Day is here once more, and this celebration offers some wonderful opportunities to reflect on the dramatic social changes we’ve seen over recent years. 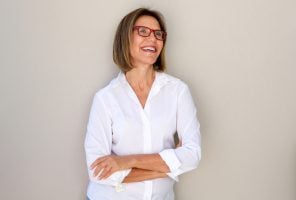 It’s strange to think that, not so long ago, women were expected to stay at home and bring up the children. The thought of women running a successful business or taking on a senior or leadership role in a large organisation was almost unheard of.

Thankfully, times have changed. In fact, many women are now the main earner in households across the country.

While this is undoubtedly good news for women, it does present its own set of new challenges. For example, what if a woman has built up a successful career and wealth before deciding to get married?

The simple answer is a prenuptial agreement. We may think of these as being the preserve of the hugely rich and famous, the Hollywood approach to marriage. Or as very unromantic, assuming that a marriage is doomed to fail before it’s even begun.

Of course nobody wants to enter a marriage thinking it will end badly. But the reality is that sometimes relationships break down, for all kinds of reasons, and taking a little extra precaution in the early days can give you some peace of mind and help you avoid legal complications if you do end your marriage.

The UK courts approved prenuptial agreements in 2010, and the Supreme Court stated that they were valid as long as certain criteria were met:

2. Each party has a full appreciation of the agreement and the effects that it could have. This means both parties should receive independent legal advice so that they fully understand what they are signing. This should also be done in advance of the wedding to avoid suggestions of undue influence or pressure being put on one party.

See also  How music can improve self confidence

3. There must be full financial disclosure. This should be done by at least providing a list of assets in the agreement or as a schedule to the agreement and ought to be accompanied by evidence (i.e. recent bank statements) so that the parties are fully aware of their respective financial provisions.

4. The agreement entered into must be fair. An agreement entered into in good time and with full financial disclosure and legal advice is still not automatically fair. For example, if you’ve built up a property portfolio worth several hundred thousand pounds, with a large amount of savings to go with it, leaving your future husband (or wife) with nothing on divorce is unlikely to be deemed fair by the court.  It is also important that children are provided for, or at least the potential for children. An order that does not provide any financial provision for a spouse should children be born during the marriage is unlikely to be upheld by the court, and you could find that your soon to be ex-spouse is being awarded far more than you expected.

It’s important to realise that no prenuptial agreement is 100% watertight and could still be disregarded by a court. However, if you meet all the above criteria you are likely to be more protected than without one.

The criteria we’ve listed here is not exhaustive and we always recommend you seek legal advice before your wedding if you think you need a prenuptial agreement.