Actors Brad Pitt and Angelina Jolie announced their divorce after only two years of marriage. But what approach would the English court take, if it had jurisdiction, when dividing their substantial assets after such a short marriage? 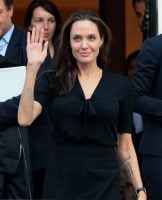 And what about their assets from their successful film careers built up before they married?

The first thing to consider is that, while their marriage itself was short, they had been together for several years before they decided to tie the knot. In these circumstances, you would ask the court to consider that there was a seamless transition from cohabitation to marriage. Including their pre-marital cohabitation, their relationship spanned approximately 11 years.

So how would the court approach the question of dividing their assets?

Despite ‘Brangelina‘ being in the enviable position of having an alleged net worth of in the region of $240m, the question of “who gets what?” is not such an easy one to answer. While the starting point in England and Wales is an equal split, the court will depart from that if the circumstances of the case require it. In this case, they both had successful film careers prior to their marriage and so they both had what is known as pre-acquired wealth.

The court can instead look at what they did with their assets during the marriage to decide if it is an asset that should be kept separate or classed as a marital asset. Did they ‘mingle’ it with joint assets, such as using their money to purchase a jointly owned property, or did they keep it separate?  The less the pre-acquired wealth is mingled, the more likely it is that an English court would find that it belongs to one party only.  For example, the Hollywood mansion the couple shared, but Brad purchased over 20 years ago, is almost certainly going to be considered a marital asset rather than his alone.

With Brad and Angelina we are talking about millions, but these are problems faced by many divorcing couples.  Issues around pre-acquired wealth, especially in cases where it is the second marriage, are commonplace, as is the question of what happens when parties to a marriage have lived together for a long time before getting married.

But for the time being, and rightly so, the focus of this couple is on the children. What is in their best interests will determine issues around what is termed in the US ‘custody’ and here in the UK ‘Child Arrangement orders’.

So while the world’s press watches their every move, the realities for this high-profile couple are the same as those for many divorcing spouses – fair division of assets and the best outcome for their children.

The Lester Aldridge family team deal with these issues on a daily basis. We are regularly instructed by clients seeking regarding divorce proceedings.

If you would like to discuss any aspect of separation,

arrangements for your children or wish to protect your assets prior to getting married, contact the family team on 01202 786161 or email jane.porter@la-law.com