Home / Work and money / Careers / Bouncing back from redundancy…

One day in March 2013 I lost my job. Suddenly and brutally and for no discernible reason. 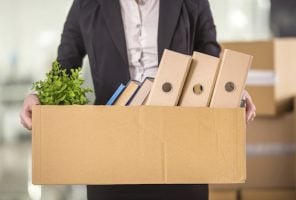 So that was it. A professional career spanning nearly 42 years was at an end and I went from being rushed off my feet in a very demanding, well-paid job to facing empty days, weeks, months and years of enforced retirement.

I was 60 years old, single, with no immediate family, no prospects and on the scrapheap.

Except… it didn’t quite work out that way.

For a start, I was of an age where I could claim my occupational pension. I also had some other financial arrangements which meant I could probably just about manage until I qualified for my state pension a year later.

This was just as well, as I also own a horse who, despite being comparatively ‘cheap to run’, still represents a big financial outlay. At first it looked like I would have to make the hard decision to let him go, but I made the even harder decision to keep him at all costs.

Just as well, since rediscovering my love of horse riding was just one of the plusses about retirement!

The other piece of the jigsaw was my work in a local charity shop. I’d volunteered in this particular shop for some years and only gave it up because my last, lost job was too demanding. I got straight back in touch with the manager and arranged to volunteer a couple of days a week.

This was literally a lifeline. Mixing with people, feeling warm – it was a very cold March and I was paranoid about putting my central heating on during the day – and generally being motivated to get up when I just wanted to crawl into a corner and hide.

I also managed to get some temporary freelance work which paid for my horse for a few months.

So by the summer of that year I was actually starting to enjoy being retired. I was walking every day and got much fitter, got well and truly back in the saddle, was able to spend quality time with good friends and realised enforced retirement is not the end of the world.

In fact it can be just the opposite. If you find yourself in a similar position, try to remember:

Then, two years down the line, it was all change again.

An opportunity arose to apply for the job of paid assistant manager in the charity shop where I volunteered. It meant going through the full job application and interview process, so I was a bit reluctant having been through the mill with my last job.

But I gave it a shot and got the job. It’s only a couple of days a week, so I can still enjoy my other pursuits, but it does keep the wolf from the hungry horse’s door. Working for a charity is very rewarding and I would recommend volunteering to anyone if they get the chance.

I’m not saying all my problems are over and I appreciate that not everyone has the same resources as me. Being in reasonably good health is something I never take for granted and age was also on my side for once. If I’d been a few years younger with no pension to call on this might have been a different story.

Nothing prepares you for the shock of suddenly losing your job. I was literally at work one day and gone for good two days later. This is not an experience I would care to repeat or wish on anyone else. And still, to this day, I don’t know what I did or didn’t do that merited such action.

But I do know this. You’re never too old to be bold, and it’s never too late to be great…