When Penny McBride moved to the USA she found comfort in the relationships she made within a group of British expat women. 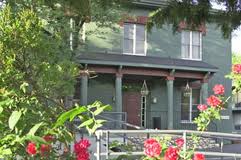 They say you find the things you need when you are not looking for them and the things you really need come along when you don’t really need them – true and not true.. and so goes the story of the Boulder Brits.My husband and I moved from South Florida to Boulder, Colorado in 2005 with two cats and no kids. I stayed home making jewelry and painting, but it proved a little lonely. We had been trying for a baby since we married in 2003 and eventually (an entirely different story) I conceived.

We bought our first house when Charlotte was about 10 months old and by then I was doing the first-time-mother shuffle: trudging to and from the supermarket one day, to the pediatricians every other week (or that’s what it felt like), looking like a zombie who hadn’t slept in days or taken a shower for a week, both of which were true. Did it take everyone else 45 minutes to leave the house when they had babies?

Anyway, about two weeks after we moved in the doorbell rang and there standing there is this little old lady with a basket. ‘Oh God,’ I’m thinking, ‘please don’t be selling something, and if you are, how the heck am I going to say no?’.“Hello,” she says, “my name’s Joan and I live directly across the street.” Sure enough I look over and there’s a little old man waving back. “I brought you this,” she says, handing me the basket. “I’m English too.” The previous owners had sold her the idea of the nice young couple with a baby by telling her that I was English, like that would alleviate any anxiety she might have about new residents. I think it worked. “Thank you,” I say. She waits a beat then asks “Can I come in?” And so I find a surrogate family.

See also  Does sat nav spell the death of maps?

My initiation into The Club came shortly after when Joan hosted the monthly gathering at her house, on the third Thursday of the month, as always. There were a dozen of us – if you had a home big enough then you hosted and everyone brought something with them, and if you didn’t then you organised an event like a restaurant visit or a trip to the movies.

We ranged in age from about 30 to nearly 90. At 40 I was one of the younger members and my child was oohed and aahed over, which every parent knows is a fantastic feeling and one I was missing as my family were all in England and my husband’s were in Philadelphia. I later realised just how important this attention was for me and my child.

Our friendships were forged by geography and circumstance and may never have happened naturally, but they are real and for some of us they were a lifeline, a familiar voice when it was most needed, and for that I am forever grateful. We are a family of sorts, albeit a slightly odd mix. We all have such different stories about how we came to be in the United States; Joan had come over by way of Canada when she was much younger and I came over to play pool for a living. Our gatherings gave us a place to be British again and reminisce about food, places, people and differing attitudes. We poked fun at America and Americans, remembered all the good and chose to forgot all the bad about the motherland, but ask any of us whether we’d return for good? Not a chance. We are fully indoctrinated expats.

Our children are American citizens by birth and half of us are married to Americans, so the issue of ‘going home’ is rarely discussed. We are home, but we are very, very British. We are the Boulder Brits.