No wonder some are feeling inadequate about their boob size. 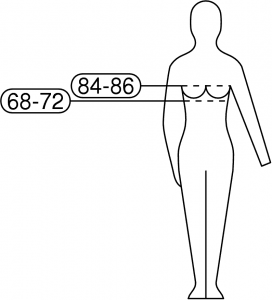 Ladies, ladies, ladies! Please stop helping men belittle bodies that don’t match their fantasies. We women do it all the time where breasts are concerned. And as a smaller-chested female I’m sick of the obsession with boob size and the ubiquitous large breast bias, from men, media and worst of all from women.

It’s one thing for my brother to say, when I was 16 (and boy did he mean it) “You’ve no idea how embarrassing it is having a flat-chested sister” or a boyfriend telling me when we split up that I had the body of a child. It’s sadly normal (if totally regrettable) that the Page 3 girls still exist at all, and always have big boobs.

But the worst of all is when females join in with the big breast bias. One DoubleD friend once laughed and joked about me in front of a large group. You’ve only got a couple of fried eggs. A female colleague of mine, when describing another colleague’s mastectomy said, ‘Frankly I don’t even know what they would have taken off.’ (Clue: it was breast cancer, so probably her breast.)

Another friend of mine regularly says to me, ‘Well we’ve got nothing!’ Speak for yourself. Personally I’m happy with my boobs and it is just plain wrong, and rude, to describe what I have as nothing. 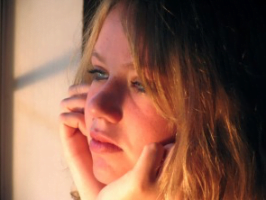 With women joining in with the ‘big is best’ mantra, and belittling smaller sizes, what hope is there for young teenage girls as they anxiously wait to see what boob size they will end up with.

READ  Take the strain out of having a poo

Unlike penis size, boob size is pretty tricky to hide. If you don’t have as much as you’d like (or is that as much as those around you would like) then your trousers won’t help. No wonder that the number of women seeking out breast augmentations is soaring. More than 10,000 last year. That’s about 30 women every day of the year.

With women aiding and abetting men and media on boob stereotyping we create yet another reason for women and girls to feel inadequate and under-confident.

Incredible to read (I jest – it was the Daily Mail after all) that women aren’t having boob jobs to please men. No. Apparently, ‘the rather more mundane reality is that the majority of women who have implants do so to boost their confidence, just like those having facelifts and other cosmetic procedures, and not, as widely thought, to appeal to men.’

Shame on Alison Smith Squire, who wrote that rubbish, for not asking the obvious question – why do women need their confidence boosting? What destroyed their confidence in the first place? Where did they get the message from that they are somehow inadequate as they are?

We need to remember that big does not have a monopoly on beautiful. And even if it did, it would be deeply unhelpful to keep going on about it.

So let’s all stop this nonsense, now.