As a powerlifter, I was recently asked if I would be filmed in the gym to illustrate female strength. 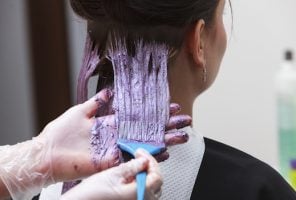 Now I pride myself on not caring what I look like when I train, and keep telling my fellow female lifters that “it’s what you lift that counts”. So what do you think the first thought was that went through my mind?

“Should I get rid of my grey hairs before the filming?”  Pathetic, isn’t it?!

It’s easy to dismiss this thinking as my insecurity or perhaps an inappropriate concentration on hair, nails and new shoes. But I’m not like that – I absolutely am not. I do like to wear fabulous high-heeled shoes to work, but when it comes to the gym I squat in shoes which are made for weightlifting. They have solid wooden heels to give me a bit of lift so that I don’t have to have such flexible hips, are a generic black and white and make my feet look huge.

But it doesn’t matter what they look like, because it’s important to pick the right tools for the job. And the right squat shoes make a difference.

I’m anything but insecure. In fact, I’m supremely confident – some would say frighteningly so – about my intellect, my judgement, my opinions on the world and my physique.

I have a confidence in my body which surprises most of my friends. Partly this is born of excelling at a sport. My legs don’t fit the Topshop mannequin shape, they are much wider and much, much shorter and I don’t have a thigh gap. But they can shift a huge amount of weight and will keep me upright when I’m 100.

READ  How can I keep my hair healthy during menopause?

My arms and shoulders don’t hang from sleeveless dresses like those of models in magazines – but mine enable me to break world records in the bench-press as well as carry a car boot full of shopping and pick up my 10 year old nephew as easily as his six year old brother – which delights him. But it’s more than that.

It sounds as if I’m happy with my physique – despite its flaws – that those imperfections of short, strong legs and chunky arms enable me to do amazing things. But that’s not the case. I actually think my body is fabulous.

I look at the mirror and I see ‘amazing’ – not a series of ‘could be betters’. Where this self-love comes from I do not know. But I do know that not a single one of my friends has the same opinion of their bodies, not even those who do fit the women’s magazine, media projection of female beauty. Why? Why do my friends find fault when they look at themselves?

And why, given my high degree of body confidence, do I worry about my grey hair? I’m 50 this year – of course I’ve got grey hair!

Because we are judged. Because despite being a world champion powerlifter with world records to my name I know that someone will look at that video and say to themselves “Yes, but she could have made an effort with her hair!”

As women we know that we are judged by our physical appearance. We are expected to look as if we’ve just exited the beauty parlour no matter if we’re at work, at the gym… or giving birth. No matter what a woman’s position or credibility she is still expected to present a perfect veneer which corresponds as closely as possible to the beauty ideal in a way which men are not. 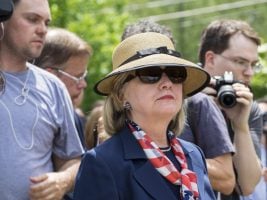 Hillary Clinton: “Pay attention to your hair, because everyone else will.”

READ  Sensitive skin? Me too!

Hillary Clinton learned this lesson years ago and shared it, rather depressingly, with her alma mater in a speech to Yale University in 2001: “Pay attention to your hair, because everyone else will.”

Hillary Clinton’s words are as true today as they were 15 years ago. So, yes, I think I will be covering up the grey and presenting as preened and as prettied a version of a powerlifting champion that is possible, while simultaneously lifting very heavy things.

And instead of challenging the unrealistic standards which are set I shall succumb to the pressure, give up and dye.