Read on to hear about some of the amazing outcomes in foreign jurisdictions on divorce settlements. 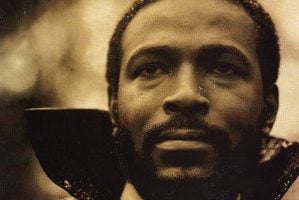 Give thanks for the English legal system with its fairness and common sense! CNN recently compiled a list of the 10 most bizarre divorce settlements – here is a taster, along with some other bizarre situations we have heard about…

Beauty is in the eye of the courts

In the Singapore courts recently a judge ask how attractive the wife was in order to ascertain whether she was likely to remarry and thus would be entitled to receive a lower financial settlement from her former husband.

Singapore’s gender equality advocacy group AWARE (Association of Women for Action and Research) said it was “surprised and disturbed” by the judgment, but Business Times journalist Joyce Hooi, argued that the court’s approach is “progressive”, in light of beautiful women being “more likely to be better taken care of by the workplace and quicker to find a companion…compared to a plainer woman.”

Marvin Gaye found himself in financial difficulty when facing a hefty bill for his divorce from Anna Gordy in 1977. The solution? Gaye would record a divorce-inspired album, and all royalties would go to his ex-wife. Voilà – maintenance! Unfortunately for Gordy the album Here, My Dear didn’t exactly go down a storm – it was Marvin Gaye’s worst charting album of the 70s.

In Cambodia a (soon-to-be-ex) husband decided to ensure he got exactly what he was due in a 50-50 split of the assets by physically slicing the family home in two, and transporting his portion back to his parents’ home.

In Australia, Steve Killeen managed to get possession of his ex-wife’s goat in their divorce settlement. A victory for some!

You think that’s odd? What about the Long Islander who actually attempted to recover a kidney he had donated to his wife by claiming it in the divorce settlement? Luckily sanity prevailed in this case, and the courts sent him packing.

Even in Europe settlements can be at odds with the outcome we would expect to achieve in the UK – presumably the reason why London has become known as the divorce capital of Europe (if not the world).

For example, the right to claim maintenance in several EU countries is linked to the wife’s ability to fend for herself and even then can be limited to a short period of time. It is not guaranteed, unless she cannot work because of age or health or has young children. The maintenance will be paid for the children rather than the spouse.

In France a husband can escape paying maintenance unless the wife is of pensionable age or incapacitated. Wives are expected to go back to work, regardless of their career prospects.

German spouses are responsible for themselves financially. Even if there are children, the wife is expected to work part-time by the time the youngest child is 8, and full-time when the child reaches the age of 15.

And woe betide the spouse who misbehaves…some countries place great emphasis on fault, which can lead to a reduction of maintenance. In Latvia, if both parties are at fault, no maintenance will be paid regardless of need. There is no discretion.

See also  The Split: is family law really so dramatic?

Estonia is probably the worst place for the spouse with a limited earning capacity to get divorced. Maintenance is paid in only two prescribed circumstances: if the payee spouse is disabled or of pensionable age and therefore unable to work; or where there are children under three.

Back in England and Wales, the Aga Khan – worth £6 billion, owning 600 racehorses and with five homes on as many continents – moved legal proceedings to France from England and saved himself a fortune.