Losing a loved one is a devastating experience that brings up a whole range of conflicting emotions. 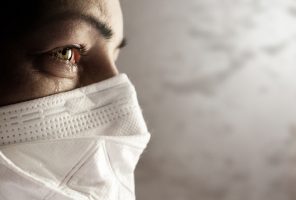 Bereavement is something of a paradox. We all experience it, it is all around us, yet it’s still a big taboo and we don’t really talk about it.

So when we suffer bereavement, often we don’t have the experiences of others to draw on for reassurance, support and to ‘normalise’ our experiences, which leaves us in the dark about what is a normal reaction and what isn’t.

Some of these experiences can leave people confused and concerned about what’s happening to them, even doubting their own sanity.

Gina* sat in front of me looking frightened, tense, looking me straight in the eye, waiting for my answer. She had been nervous when she arrived, but now she was strung tighter than a bow-string.

We were about 40 minutes into her first session, she had seen her GP about her constant low mood and anxiety and had been recommended counselling.

I had asked about her symptoms, how she had been feeling and recent events and her story was gradually unfolding.

Gina had told me she couldn’t concentrate, how distracted and forgetful she was lately, that she couldn’t sleep properly and kept turning things over in her mind. She kept bursting into tears for no apparent reason – at work, in the supermarket, on the drive home.

She said she loved her family, but she felt distant from them and was finding it hard to connect with her partner. She sounded overwhelmed and the dark circles under her eyes told me she was exhausted. Her agitation showed in constant small movements of her hands and feet.

Then she paused. Crunch time.

“And… I thought I saw my sister at the weekend in the market square. I rushed over to her, but it wasn’t her, of course it wasn’t. I was so sure it was her, right until the woman turned round. She looked startled, I’d grabbed her arm – she probably thought she was about to be mugged! I apologised, said I’d mistaken her for a friend, but I felt so stupid.”

She looked at me directly, her brow knit tight, her jaw tense, “So that’s why I’ve come really, it’s starting to scare me, I feel like I’m losing it. I need to know, am I going mad?”

Of course Gina wasn’t going mad and I met her gaze as I gently told her so. I also reassured her that, while I understood why she was feeling confused and concerned, I strongly suspected she was experiencing normal and quite common reactions to bereavement, at which point she started to cry.

She had earlier told me that her younger sister had died six months ago in a road traffic accident and since then she had made a point of keeping busy, saying “There seemed no point in dwelling on it”.

Gina had never experienced bereavement before and had not talked about it much at the time or since, so had not really processed her feelings about her loss. With no references to draw on and little support she was at sea, lost and frightened as she experienced things she did not understand which didn’t appear to have any cause. Hence she was now questioning her sanity.

Sometimes the relationship with the person who died was loving and good, sometimes difficult or, in some cases, abusive. Sometimes the loss is recent and the feelings raw, sometimes long ago, with deeply buried feelings, memories and experiences being stirred to the surface by current events.

We may react as strongly to the death of an abuser or someone we found difficult or unpleasant as we do to the death of a loved one. This can be confusing when maybe we had anticipated feeling relieved or even glad when they died, but it is not uncommon.

Bereavement can throw up all sorts of conflicting emotions.

I’ve found that often people do not connect what they are experiencing to the bereavement because, like Gina, they have no experience or references to draw on.

We can experience a whole spectrum of reactions, but some of the things people commonly say include: 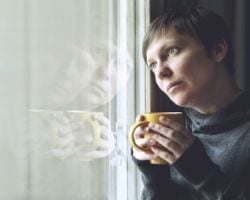 Often people back off from talking to friends and family, maybe because they don’t want to burden or worry them, or maybe they feel people have heard about it enough.

Sometimes we might not want to talk or think about any of it and just do something different and ‘normal’, like go for a walk, to the cinema, out with friends, talk about other things and have a laugh.

Occasionally, people can feel embarrassed or think it would be inappropriate to discuss some things. For example, it can be hard to confide in someone that we miss the physical side of our relationship with someone who’s died. We might say we miss their warm smile, but we’re less likely to say that we also really miss the cuddles or the sex, or we may even feel guilty about having sexual feelings at all.

We can also be affected by the reactions of other people, who may not know how to react to a bereaved person.

Many people are uncomfortable around someone bereaved, or may say nothing or avoid the person completely for fear of saying the wrong thing and causing upset, which can feel very isolating.

And some kinds of bereavement can be more emotionally loaded or feel like they have a stigma attached, such as bereavement through suicide, which can be even more isolating.

Often, bereaved clients have told me it isn’t so much what people say that upsets them, it’s what they don’t say, or what they avoid saying, such as not mentioning the deceased at all or withdrawing from contact altogether.

While they may not always feel like meeting up with people, the offer alone can go a long way to easing the sense of isolation.

Having to hold it all in means we miss out on the support and normalisation of shared human experience that others can offer us. But letting it out can feel too risky.

Coming to terms with the past, present and future

Bereavement can also raise unresolved issues or painful memories from earlier in our life, even from our childhood, that have lain dormant or been largely forgotten until now. This can be confusing or distressing and we may struggle to cope with these difficult memories and feelings.

We may also have to deal with practical issues, negotiate with others and make significant lifestyle changes or take on new responsibilities which we had not planned for. All of these things draw further on our time, energy and emotional resources at a time when we are already feeling depleted.

Other people also may urge us to do things we are not ready to do yet, for example dispose of possessions or move house. Or they may try to dissuade us from doing something that we feel would be helpful or comforting.

While such advice can be well intentioned or arise from conflicting priorities, it can make us feel upset or ashamed if we are not ready to do these things or, indeed, may have no intention of doing them at all.

We can then start to feel bad or guilty that we’re not doing what we ‘should’ be doing, or we adapt to what other people want or expect, which can make us feel even worse. What seems practical or helpful to one person can be too much or too soon for another.

Clients often say it would be more helpful if people asked how they feel about things and what they would like do, and be led by them.

There is no ‘right’ way to grieve or mourn our losses and there is no set pattern or time limit either. Everyone’s experience is different and our reactions will depend on our past experiences, our present circumstances, our relationship with the person we have lost and the circumstances surrounding the loss.

The grief we feel can be intense and devastating, we can feel numb or we can experience anything in between.

And it is normal to alternate between feeling our grief intensely and focusing on the practicalities or adjusting to life after our loss. If we are in our feelings and someone else is being very practical, however, this can sometimes cause confusion and we might conclude that ‘they don’t really care’.

This in turn can cause misunderstandings which can damage relationships if they are not explored and understood in the context of the grieving process.

Bereavement counselling provides a safe space where the bereaved can openly say what they think and how they feel, as well as talk about the things they are doing and having to deal with, without feeling judged and without having to look after anyone’s feelings.

Opening the door and sharing that dark place within with someone who has no agenda and won’t judge can be part of the journey of healing. Opening the windows can let in some light and fresh air and help blow away some cobwebs.

My clients often say it’s a relief to just let it all out, say it out loud, express their feelings honestly and tell it how it is for them without having to hold back.

If we can express our grief, mourn our loss and are well supported then we can gradually adjust and move on with our life following bereavement at our own pace.

Of course we will never forget and in the case of those we have loved our memories of loss and love entwine, so we would not want to forget.

But time blunts the edge of pain and we can learn to live with our loss, to integrate it into the patchwork of our existence.

There are many sources of support from a wide range of organisations, much of it provided free or at low cost by volunteers and charitable organisations. I’ve listed a few key ones below and a quick internet search should find other organisations near to you or for specific issues.

*Gina is a fictional client, drawn from my experience of many common reactions to bereavement.