Carolyn Lazarus talks about her appointment to the Herefordshire Bench. 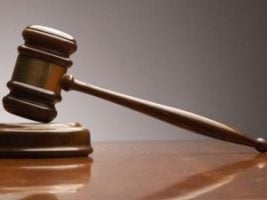 There are some things in life that don’t bear thinking about. Consider my application for the post of magistrate on the Herefordshire Bench.

Part of the problem was my computer illiteracy. At school there was one computer which I somehow confused with a dalek and it never appealed to me to use it when I could be sitting in the sunlit school library ‘book tidying’ with my best friend Katharine.

Katharine and I spent many happy hours sniggering about teachers and other pupils, such as Angela, the perfect library monitor (Angela was the only person we knew whose smile went down rather than up, thus lending to its owner a rather smug countenance to complement her perfectly straight fringe).

The net result is that I am not bad at piling up the children’s books on their bookcases but there is a yawning gap in my CV where IT skills would ideally feature. The old stocking fillers of ‘reading’, ‘travelling’ and ‘French’ no longer seem to cut it.

So what was I to do? The answer presented itself to me on a hot June day. The Three Counties tennis team was returning to Hereford in the late afternoon after another heavy defeat. When we had finished slating the opposition, we got onto our captain’s role as magistrate. I naively asked how much time she spent in court.

Four ladies rounded on me saying: “Why, do you want to be a magistrate?”

Actually, no, the thought had never entered my head, but by the time Joy dropped me home I was contemplating getting an application form.

Somewhat ironically this is the first application form on which I have ever lied. The applicant has to declare any criminal convictions. I do not regard my speeding history as criminal but the law says otherwise. Only after the form had gone in did my sister gently remind me one evening over a glass of wine that my driving licence was not as clean as I fondly pictured it.

“Yes well,” I spluttered, “I know I collected 3 points on the Three Elms Road but, frankly, I hardly count them, as I was not exactly speeding and it’s a ridiculous place to put a speed camera anyway,” …M’Lud.

My application form, lies and all, passed muster, so I found myself quaking with nerves at the school gate one Monday ready to head off for interview. The other mothers gave me knowing smiles.

My suit, which had been in the wardrobe since Oxford, gave away that I was not going home that morning to pull up the children’s quilts, pour bowlfuls of uneaten cocoa pops down the drain and listen to Jenny Murray on Woman’s Hour.

Oh no. I was a woman of importance. I must dress up more often, I thought. Then I remembered why I was dressed up and felt sick. I was far too old and monosyllabic to be going to an interview.

The interview panel’s technique (and I have never come across a better one) was to give you as much rope as you needed to hang yourself (not that we actually do hanging in Hereford I hasten to add).

I talked and talked, as I had not done for a long time, except to the cats. What joy to have a captive audience. The panel could not run off shouting ‘I hate you mummy’ like my children, or shuffle off into the annex muttering about having to work late like my husband.

The 4 interviewers had clearly been on intensive listening skills courses, but even they could not stop their eyes glazing over from time to time. After an hour of this they called things to a halt and I left fresh as a daisy whilst they staggered out, exhausted.

Miraculously I got the job! I was duly inducted at a friendly and meaningful ceremony where we had to repeat the oath to her Majesty the Queen concerning our duty to do right by all manner of people without fear or favour, affection or ill will.

We were then addressed as “your Worships”. We looked behind us to see these Worships only to find there was no one there. We reddened and smirked at each other as we realised they meant us!

Thus the next occasion on which I found myself quaking with nerves was when I entered the courtroom, not as defendant or complainant, but as a magistrate…

Find out more about becoming a magistrate