Being diagnosed with breast cancer almost two years ago happened because of sheer persistence on my part. 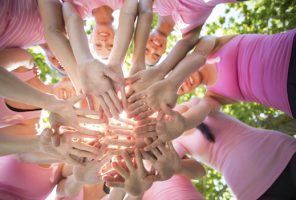 I didn’t have any lumps or other symptoms – but several of the women in my family had had it, so I asked for genetic testing. Doctors couldn’t carry this out – my mum would need to be proven to be a carrier first – but they did refer me for a mammogram.

As I was only 32, this was unusual as usually you can’t be screened until you’re 35. But it turned out that I had seven tumours and was suffering from stage 3 triple negative breast cancer.

As my husband and I drove home from the hospital it felt like a surreal dream. We have a small daughter, Lillie, and I was worried how we would cope as a family. Before my chemotherapy started I was offered IVF to store some embryos – as chemo can make you infertile – in case I wanted to try for another baby in the future.

My chemotherapy lasted for five and a half months and early on I made a very conscious decision about my mindset. I was out for a run and I found myself thinking ‘I’m going to control this before it takes control of me.’

So, how did I go about this?

I have done everything in my power to make this journey a positive one. First of all, I got my long hair cut and tried some different styles, as I knew it would probably fall out.

And I decided to write a book capturing all the highs and lows, in the hope that I could inspire and support others going through the same. Ironically, it turns it out I wasn’t carrying the BRCA (hereditary) gene – it was simply bad luck that I’d got cancer.

I also took on board everything that was offered to me – medically, alternatively and surgically (I had a double mastectomy). I was determined to try anything that could have a positive impact. 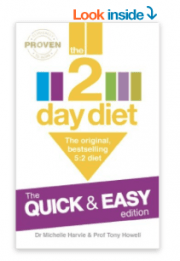 Dr. Michelle Harvie looks at the link between diet and breast cancer prevention

I took part in this study run by Dr Michelle Harvie, who believes that diet plays a big part in managing cancer and supporting the effectiveness of treatment.

It aims to combat the effect of carbs on chemotherapy – she believes that if you have no carbs in your system then the chemotherapy will attack the cancerous cells more effectively.

This meant following a low-carb diet for two days a week before chemo, increasing my protein intake at the same time.

The diet made me feel less bloated and more energised, making me feel alert and focused.

I also tried hypnotherapy, EFT (emotional freedom technique), reflexology and reiki. These all helped to reduce my fear and anxiety, increased my sense of wellbeing and made the side effects such as sickness much easier to manage. 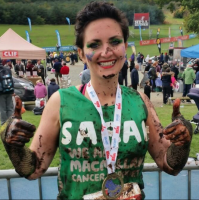 I started running a while before my diagnosis. I carried on whenever I could, but it was sometimes hard to do during the intense chemotherapy. So I decided to set myself a challenge – to run three miles a day in between treatments.

Three weeks after my diagnosis I did a Hellrunner, which are trail runs over a total of 13 miles. And I ran a metric marathon – 16.2 miles – during my chemo, raising £1,400 for Macmillan from both events.

Doing so much gave me a lift at a time when I needed it most. Embracing all of these things made me feel I had more of a chance of beating the disease. I’m now having some counselling for post-traumatic stress and am taking a relaxation course – these are run by St Luke’s Hospice, and I’d highly recommend them if you have been diagnosed or gone through treatment.

Everything is moving in the right direction for me now. As much as I wish I hadn’t experienced this, it has become part of my life but now in a positive way. I’ve made lots of friends and have some exciting ventures coming up – not least that my book will soon be published.

My husband and my daughter meant that it wasn’t an option for me not to survive. And now I feel much stronger and I can start living again. 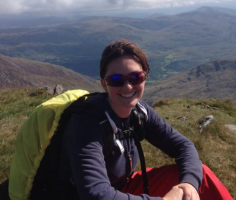 Sarah walking up Snowdon a month before being diagnosed.